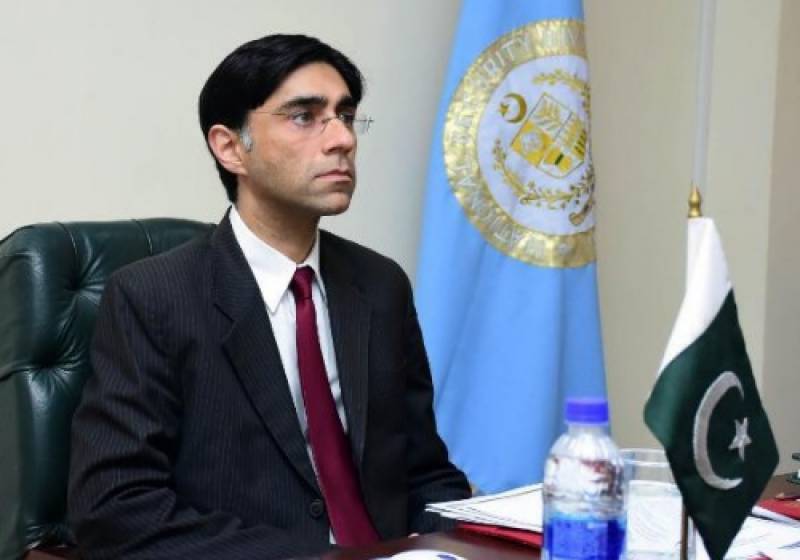 Talking to newsmen in Lahore, he said Pakistan has been making endeavours for peace and stability in the region and Pakistan's efforts for peace are not hidden from anyone.

He said Pakistan has been highlighting India's atrocities in IIOJK at every international forum.

Moeed Yusuf said the Kashmir issue should be resolved as the UN Security Council (UNSC) resolutions and the aspirations of the Kashmiris.

In an interview to Indian journalist Karan Thapar on October 13, Dr Moeed Yusuf said that Pakistan set five preconditions for the resumption of “meaningful dialogue" with India to resolve all outstanding issues.

The SAPM said that Pakistan desired peaceful ties with India and wanted to resolve all issues including the longstanding Indian Illegally Occupied Jammu and Kashmir (IIOJK) dispute through dialogue.

However, he asserted that for any meaningful dialogue, India has to release all political prisoners in Kashmir, end inhuman blockade and restrictions, rescind domicile law that allows non-Kashmiris to settle in the disputed territory, stop human rights abuses and end state terrorism in Pakistan.

Moeed Yusuf added that India used its missions in one of the neighbouring countries of Pakistan to facilitate and sponsor terrorist attack at a five-star Hotel in Gwadar, Chinese Consulate in Karachi and the Pakistan Stock Exchange.

“Pakistan had evidence that the mastermind of December 2014 APS terrorist attack in Peshawar was in contact with RAW,” the SAPM said.