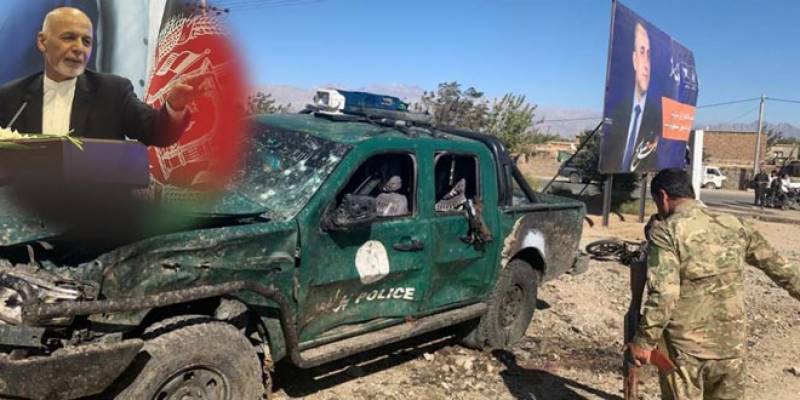 Kabul (Web Desk): At least 30 people were killed and more than 45 others injured in two separate blasts in Afghanistan on Tuesday.

In the first blast, at least 24 people were killed and 32 wounded in a suicide blast outside a campaign rally being held by Afghan President Ashraf Ghani in central Parwan province, a hospital official said.

Ghani’s spokesman said that the president and his entourage were unharmed, and the rally went on regardless.

The second attack was in Kabul, only about 200 yards from the heavily fortified US Embassy at a congested intersection near US and NATO compounds.

The attacks came hours after yet another US service member was killed in action in the country, the first since President Trump cancelled peace talks with the Taliban last week.

Taliban officials later claimed both attacks, as part of an uptick in violence across Afghanistan in the run-up to the country’s elections on September 28. A spokesman said the bombs were targeting security services.