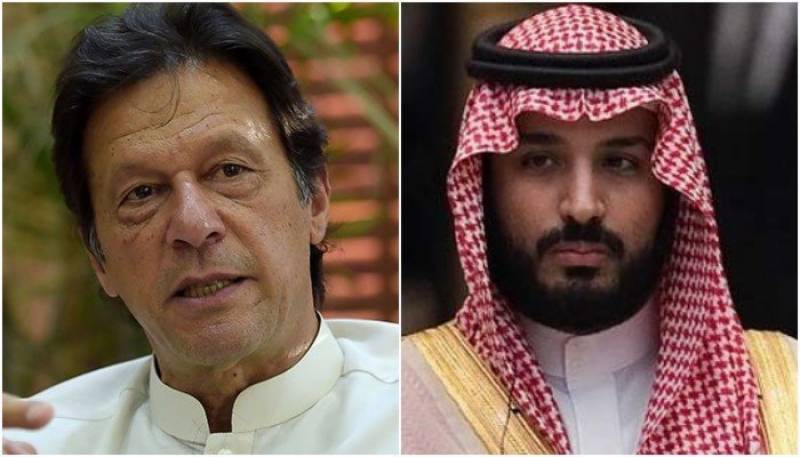 During the conversation with MBS, the prime minister vowed to support the kingdom against any terrorist attack and reiterated that Pakistan will stand by Saudi Arabia in case of any threat to the sanctity or security of the Arab nation.

Prime Minister Khan reiterated Pakistan’s full support and solidarity with the brotherly country against any threat to its security and territorial integrity. The Saudi crown prince said that Saudi Arabia has capability to fight against terrorists.

The attack caused massive fires at two Saudi Aramco’s oil facilities overnight into Saturday. The fires, in particular, hit the Abqaiq oil refinery in Eastern Province, and an oil-processing facility near Khurais oil field, located about 100 miles east of Riyadh.

On Monday, a Saudi-led coalition said that an attack on Saudi Arabia that triggered the biggest jump in oil prices in almost 30 years was carried out with Iranian weapons, as President Donald Trump said Washington was “locked and loaded” to hit back.

Meanwhile, United Nations (UN) Yemen envoy Martin Griffiths told the Security Council on Monday it was “not entirely clear” who was behind the strike but he said it had increased the chances of a regional conflict.

However, US Ambassador to the UN, Kelly Craft, told the Council that emerging information on the attacks “indicates that responsibility lies with Iran” and that there is no evidence the attack came from Yemen.