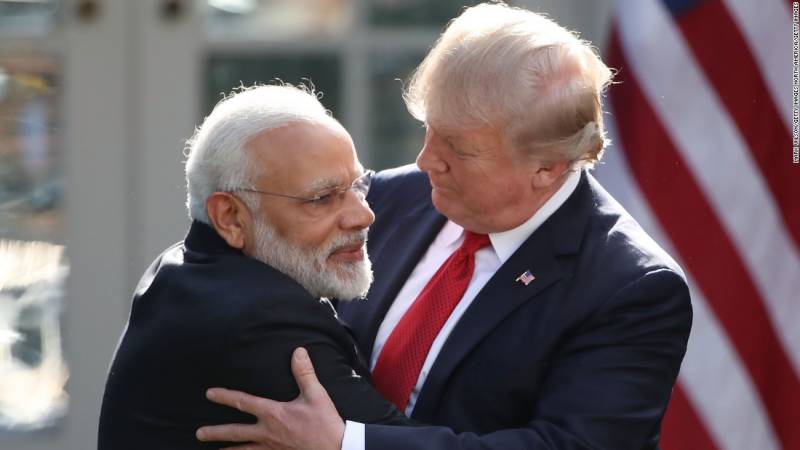 New Delhi (Reuters): A dozen Arab ambassadors have asked India to clarify its position on the US recognition of Jerusalem as Israel’s capital, diplomatic sources said, after New Delhi’s muted response suggested a shift in support for the Palestinian cause.

US President Donald Trump abruptly reversed decades of US policy this month when he recognized Jerusalem as Israel’s capital, generating outrage from Palestinians. Trump also plans to move the US embassy to Jerusalem from Tel Aviv.

Countries around the world, including US allies Britain and France, criticized Trump’s decision, but India did not take sides.

Instead, the Indian foreign ministry in a brief statement, said India’s position was consistent and independent of any third party.

The bland statement made no reference to Jerusalem and prompted criticism at home that it was insufficient, vague and anti-Palestinian.

Israel maintains that all of Jerusalem is its capital. Palestinians want East Jerusalem as the capital of a future independent state and say Trump’s move has left them marginalized and jeopardized any hopes of a two-state solution.

Last week, envoys from Arab states including Saudi Arabia, Egypt and Kuwait based in New Delhi met Indian junior foreign minister M.J. Akbar to brief the government about an Arab League meeting on Dec. 9 condemning the US decision, a diplomatic and an Indian government source said.

But Akbar gave no assurance and the Indian source said the government had no plans for a further articulation on Jerusalem, which is at the heart of the Israeli-Palestinian conflict.

“Akbar did not promise anything,” the diplomatic source briefed on the meeting said, speaking on the condition of anonymity because of diplomatic sensitivities.

India was one of the earliest and vocal champions of the Palestinian cause during the days it was leading the Non-Aligned Movement while it quietly pursued ties with Israel.

But under Prime Minister Narendra Modi, New Delhi has moved to a more open relationship with Israel, lifting the curtain on thriving military ties and also homeland security cooperation.

Modi’s Hindu nationalist ruling group views Israel and India as bound together in a common fight against Islamist militancy and long called for a public embrace of Israel.

Modi in July made a first trip to Israel by an Indian prime minister and did not go to Ramallah, the headquarters of the Palestinian Authority and a customary stop for leaders trying to maintain a balance in political ties.