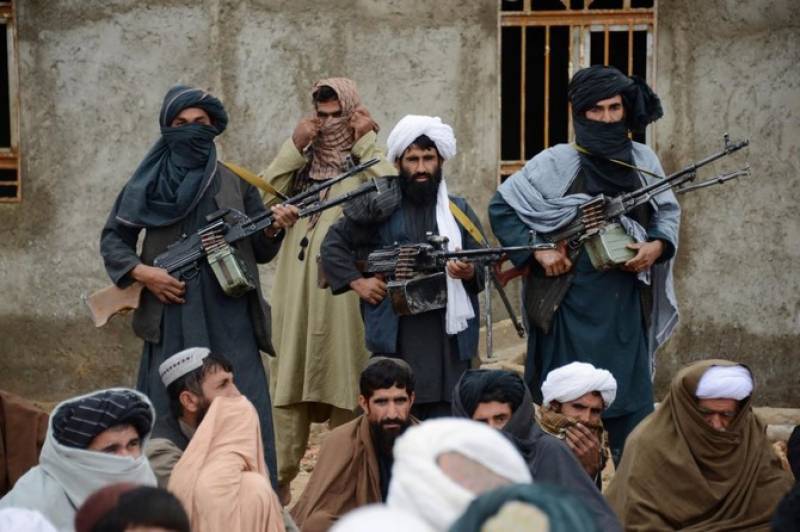 Abu Dhabi (Agencies): Dialogues between the US and Taliban officials aimed at arranging peace negotiations in Afghanistan were set for a second day in Abu Dhabi on Tuesday.

The three-day meeting is at least the third time that US special peace envoy Zalmay Khalilzad has met Taliban representatives as diplomatic efforts to end the 17-year war have intensified this year.

On Monday, a Taliban delegation met officials from Saudi Arabia, Pakistan and the United Arab Emirates ahead of their meeting with Khalilzad, who was appointed to oversee Washington’s peace effort in September.

The meetings come as diplomatic efforts to resolve the Afghan conflict have intensified, although the Taliban have so far refused to deal directly with the Western-backed government in Kabul, which it considers illegitimate.

The Taliban say the presence of international forces in Afghanistan is the main obstacle to peace but have said that issues including mutual recognition with the Kabul government, constitutional changes and women’s rights can be negotiated.

On Saturday, the United States said it welcomes actions Pakistan is taking to promote a negotiated solution to the war in neighbouring Afghanistan.

The acknowledgement came a day after Prime Minister Imran Khan announced Pakistan had arranged another round of US peace talks with the Afghan Taliban scheduled for Monday.

“The United States welcomes any actions by the Pakistani government to promote greater cooperation, including fostering negotiations between the Taliban, the Afghan government, and other Afghans,” a US embassy spokesperson in Kabul told Voice of America.

Khalilzad has met, and will continue to meet, with all interested parties, including the Taliban, to support a negotiated settlement to the conflict in Afghanistan, the spokesperson added.

Earlier this month, US President Donald Trump wrote a letter to Prime Minister Imran Khan seeking Pakistan’s assistance in the Afghan peace process, aimed at catalysing an end to the 17-year invasion of Afghanistan by US troops.

Trump also sought Pakistan’s assistance in bringing the Taliban leadership to the negotiating table, it was revealed by the Pakistani premier.

Pakistan Foreign Office has welcomed the new round of talks between the Afghan Taliban and other international stakeholders.