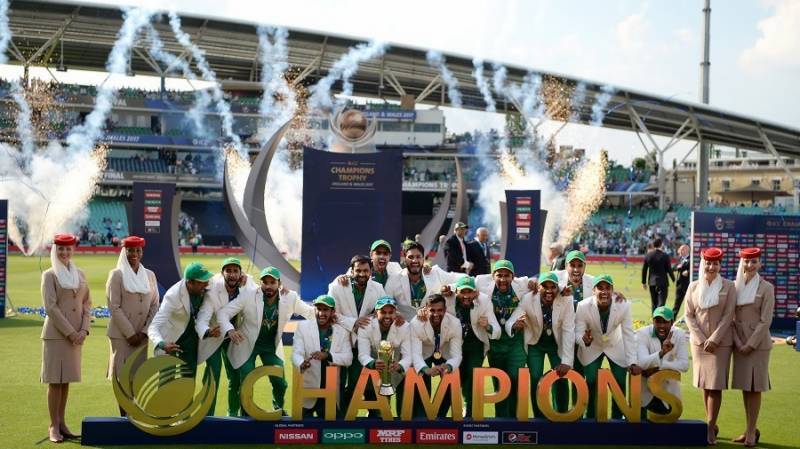 Islamabad (Staff Report): Prime Minister Nawaz Sharif on Sunday congratulated the Pakistani cricket team on its historic victory against India in the finals of Champions Trophy 2017.

PM Nawaz who is in Saudi Arabia to perform Umrah, commended the performance of the players. “Pakistan cricket team, well done, played,” said the premier in a brief video.

Meanwhile, Chief of Army Staff (COAS) also congratulated the team on its victory.

Valiant soldiers of Pakistan congrat Team Pak & Nation. United we shall defend Pak against all threats our enemies hatch.#HumSabKaPakistan

Pakistan thrashed India by 180 runs in a thrilling competition at London’s Oval ground to clinch the Champions Trophy title on Sunday.