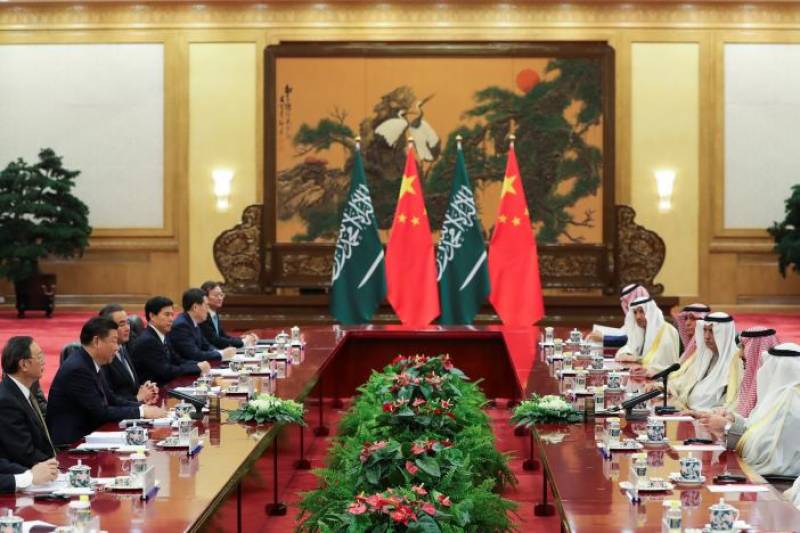 Beijing (Reuters): Saudi Arabian King Salman's visited Beijing on Saturday and both states decided to increase their cooperation in the oil sector, including in Saudi oil exports to China, a joint communique issued.

The world's largest oil exporter has been looking to cement ties with the world's second-largest economy. "Both countries are willing to raise their level of cooperation in the oil sector, including supplying Saudi oil to the continuously growing Chinese market," the two said in a statement issued by China's official Xinhua news agency.

"Both sides stress the importance of stability in world oil markets to the global economy ... China appreciates Saudi Arabia being a safe and dependable oil supplier to the world market, and the role it plays in ensuring the stability of the global oil market," it said.

Salman oversaw the signing of deals worth as much as $65 billion on the first full day of his visit to Beijing on Thursday.

China has traditionally played little role in Middle East conflicts or diplomacy, despite its reliance on the region for oil. However, it has been trying to get more involved in efforts to end Syria's six-year-old civil war, where Riyadh supports rebels battling President Bashar al-Assad.

Last year, China also offered support for Yemen's government, which is backed by a Saudi-led Gulf Arab coalition in a war against the Iranian-aligned Houthi movement that controls much of the country.

China has had to tread a careful line, though, as it also has close relations with Iran. Xi visited both Saudi Arabia and Iran in January last year.

The joint statement said both China and Saudi Arabia stressed their support for Yemen's legal government.

Diplomatic sources say China is trying to play the role of "honest broker" in the Middle East, as it lacks the historical baggage of the Americans or the Europeans.