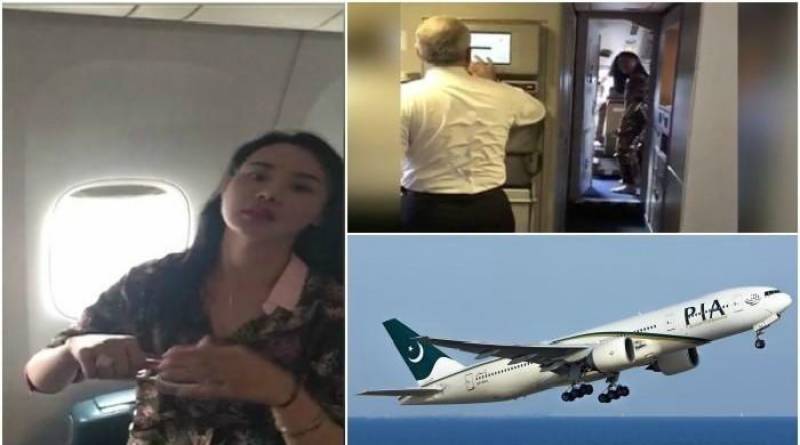 Karachi (Web Desk): The Pakistan International Airline (PIA) has suspended two pilots who let a Chinese woman into the cockpit during flight and slept during flight.

PIA’s Chief Executive Officer (CEO) on Thursday told a special committee of the Senate that pilot, Captain Shahzad Aziz, who let a Chinese woman into the cockpit during flight, adding that another pilot, Captain Amir Hashmi, who reportedly slept during a flight, has also been suspended.

Captain Shahzad Aziz had invited a young Chinese woman during PIA flight PK-853 from Tokyo to Beijing early this month into the cockpit. The woman, who was not authorised into the cabin area, stayed inside the cockpit with the pilot and first officer for over two hours, coming out only after the plane landed.

262 pilots with 'dubious' credentials to be grounded: minister