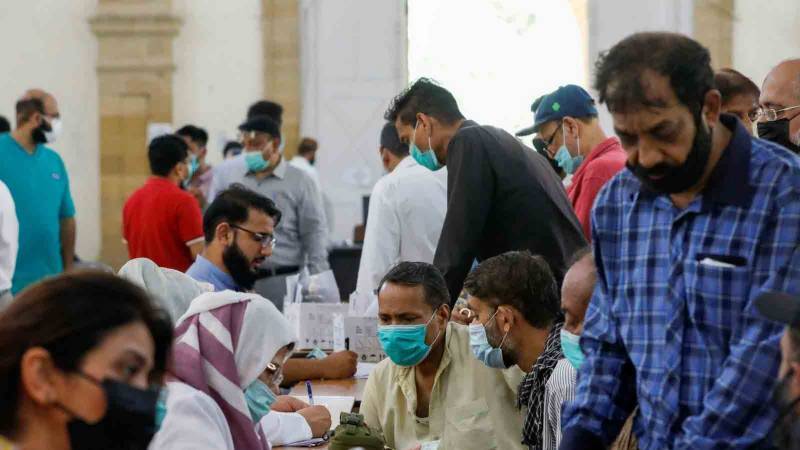 Lahore/Quetta/Karachi/Peshawar (Staff Report/Agencies): The number of confirmed COVID-19 cases in Pakistan rose to 1,280,822 on Thursday after 460 new cases surfaced in the country during the last 24 hours.

As per the National Command and Operation Centre (NCOC) data, 41,131 tests were conducted in last 24 hours while positivity ratio remained 1.11%.

According to the government's COVID-19 portal, the death toll related to coronavirus has reached to 28,638 with 10 fatalities reported during the last 24 hours.

Over the last twenty four hours, total number of recovered COVID-19 patients across the country reached 1,229,683 after another 336 virus recoveries were reported.

Meanwhile, a subvariant of Delta that is growing in Britain is less likely to lead to symptomatic Covid-19 infection, a coronavirus prevalence survey found, adding that overall cases had dropped from a peak in October.

The Imperial College London REACT-1 study, released on Thursday, found that the subvariant, known as AY.4.2, had grown to be nearly 12% of samples sequenced, but only a third had "classic" Covid symptoms, compared with nearly a half of those with the currently dominant Delta lineage AY.4.

Two-thirds of people with AY.4.2 had "any" symptom, compared with more than three-quarters with AY.4.

AY.4.2 is thought to be slightly more transmissible, but it has not been shown to cause more severe disease or evade vaccines more easily than Delta.

It is pertinent to mention that the global coronavirus cases have reportedly surpassed 255.840 million and death toll tops 5,141,670.