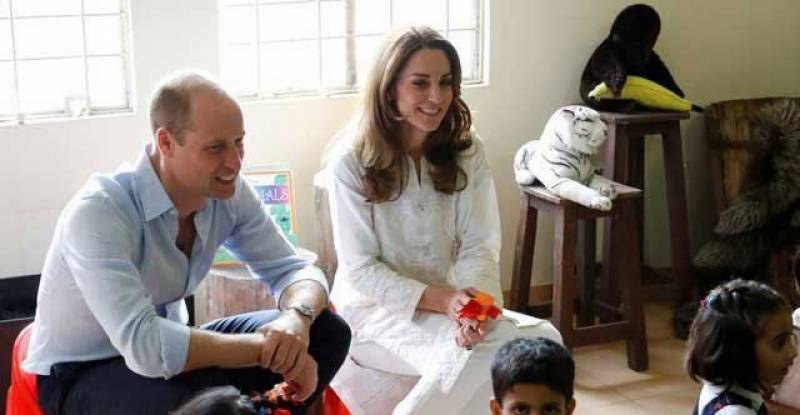 Islamabad (Staff Report/Agencies): The Duke and Duchess of Cambridge Prince William and Kate Middleton have arrived in Islamabad.

On Thursday, a Royal Air Force plane carrying the Duke and Duchess of Cambridge was forced to abort a landing in Islamabad twice due to a severe thunderstorm. The RAF Voyager plane tried to land twice, at Rawalpindi air base and Islamabad international, before returning back to Lahore.

The Duke of Cambridge, who completed his pilot training with the Royal Air Force college in 2009, told reporters after they landed that he and Kate were fine, joking that the problems had been caused because he was flying the plane.