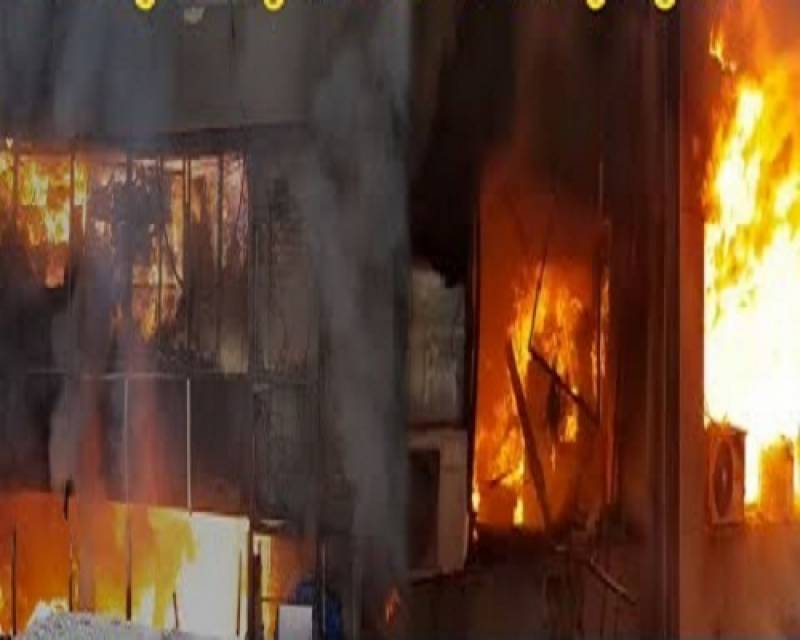 Lahore (Staff Report): A fire that erupted inside Lahore’s Hafeez Centre, a plaza located at the city's Gulberg main boulevard area, on Sunday morning continued to blaze even after the passage of 12 hours.

According to rescue officials, the fire initially broke out on the second floor of the plaza and eventually spread to the fourth floor.

They said the initial survey suggests the fire broke out due to a short circuit, adding that a definite reason could only be given after the report was submitted.

Capital City Police Officer (CCPO) Sheikh said 25 people had been rescued from the building and there were no reports of casualties so far.

DC Lahore told the media that fire has been brought under control to a significant extent and focus was now on parts of the building still on fire.

Punjab Chief Minister Usman Buzdar has taken notice of the incident and directed that authorities use all resources to put out the fire.