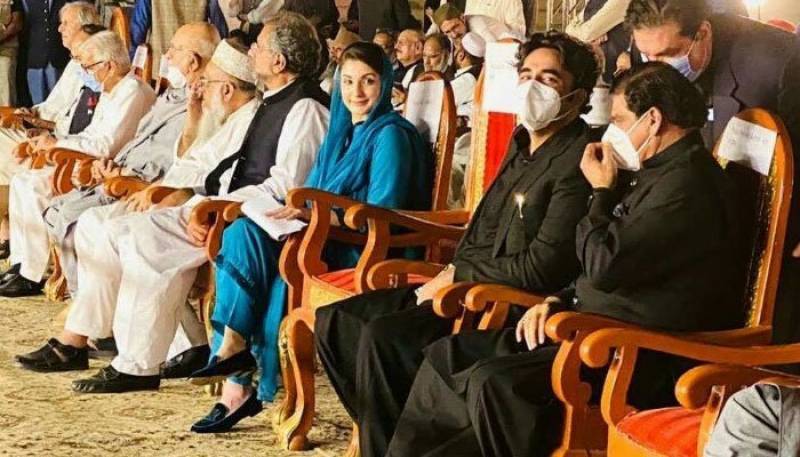 Maryam Nawaz reached the Quaid-e-Azam’s mausoleum and offered fateha before she made her way to the venue of jalsa.

In a goodwill gesture, the PML-N vice president was welcomed by the PPP to large panaflexes of her and her father's, PML-N supremo Nawaz Sharif, pictures along the route of her rally.

On Friday, the PDM flexed its political muscle and held its first power show in Gujranwala.