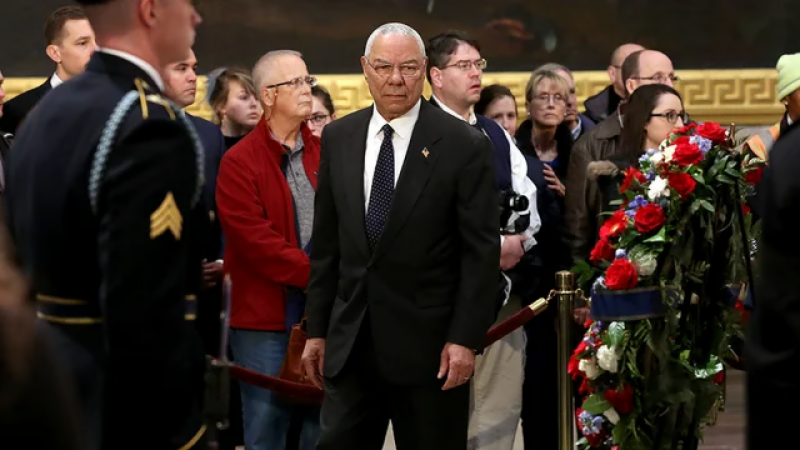 Washington (Web Desk): Former US Secretary of State Colin Powell died on Monday at the age of 84 due to COVID-19 complications his family confirmed.

In a post on his Facebook page, Powell's family said, "He was fully vaccinated. We want to thank the medical staff at Walter Reed National Medical Center for their caring treatment. We have lost a remarkable and loving husband, father, grandfather and a great American."

Colin Powell was the first African American to serve as chairman of the Joint Chiefs of Staff and secretary of state under President George H W Bush during the 1991 Gulf War in which US-led forces expelled Iraqi troops from neighboring Kuwait.

Powell, a moderate Republican and a pragmatist, later served as secretary of state under President George W Bush.

His reputation faced a setback in 2003 when he went before the UN Security Council and made the case for the US war against Iraq.

In 2008, he broke with his party to endorse Democrat Barack Obama, who became the first Black elected to the White House.