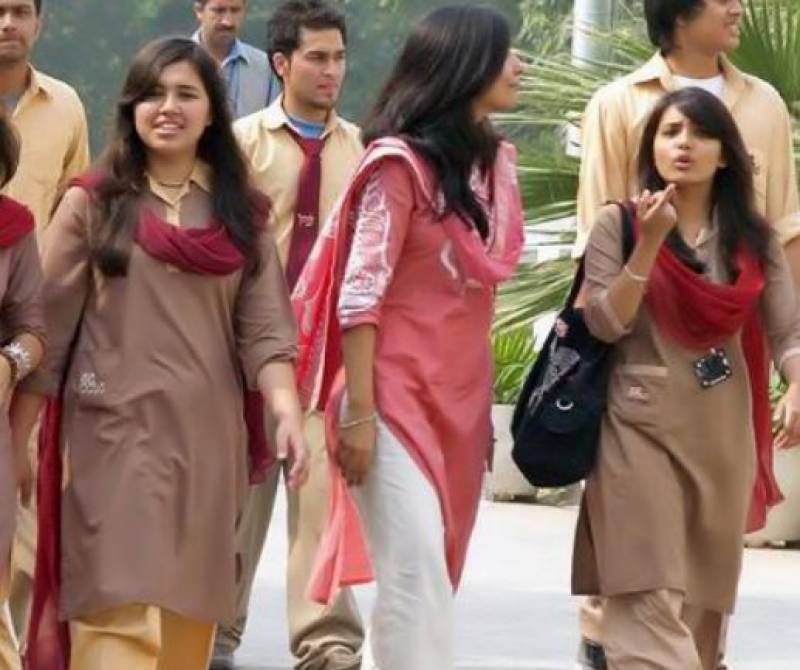 Islamabad (Staff Report): The Supreme Court (SC) on Tuesday decided to club all cases pertaining to increase in fee by private schools pending in high courts and the apex court.

Declaring the case maintainable, Chief Justice of Pakistan Mian Saqib Nisar made eight private schools a party to the case. "The schools have to defend themselves," the top judge remarked.

It is pertinent to note that petitions against fee hikes imposed by private schools are being heard by the Sindh High Court, Islamabad High Court, Lahore High Court and Peshawar High Court.

Earlier this month, a full bench of the Sindh High Court (SHC) had declared that increasing private schools’ tuition fee more than five per cent of the last fee schedule was illegal. The court also directed the schools to either refund the excess amount or adjust it in future fees within three months.

In June, the top court stopped private schools across the country from collecting the tuition fees during summer vacations.

During the hearing of the case, CJP Nisar further observed that for the first time the children would feel happy over the ruling, advising parents to spend the saved amount for the entertainment of the children.

The court also directed to issue a public notice regarding the verdict so the concerned quarters can be informed.

“It is the inefficiency of the government that it has not prioritized education. A poor kid is unable to get education in private schools,” remarked the judge.

He shared that more number of students are enrolled in private schools than state-owned institutes adding that either the bench would decide the fee structure or the government should pay handsome amount to parents for education.

During the course of the hearing, the top judge addressed Shahid Hamid and inquiry about the salary of a grade-18 officer.

To this, the counsel replied that it must be somewhere between Rs 0.4 to 0.5 million though he was not sure about the exact amount.

Upon this, the chief justice felt irked and responded: For God’s sake, it is Rs 1,18,000 per month, adding that if such an officer wishes to get his children admitted in private schools , he would have to pay Rs 90,000 per month.

However, the private schools collected fees for summer despite apex court’s order.