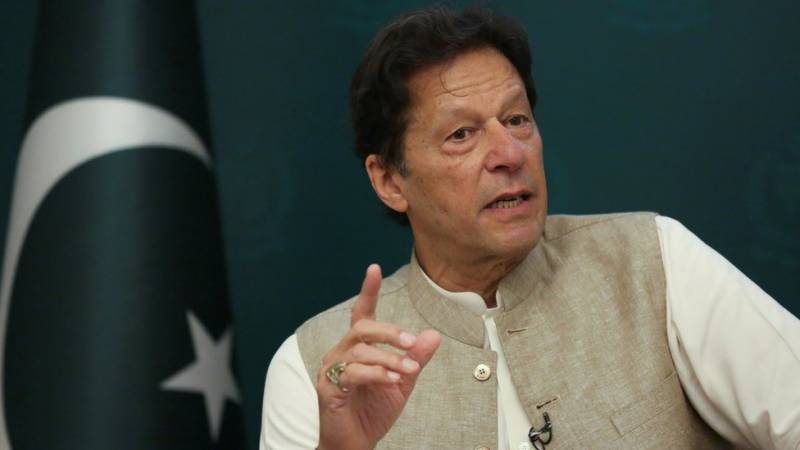 In an interview to Russia Today (RT) television the premier said, “We think that in the interest of Afghanistan and for long term stability an inclusive government should be formed to strengthen unity there.”

He said Pakistan was working with the neighbours of Afghanistan to determine what the Afghan government should do so the international community could recognize it.

The important step would be establishment of an inclusive government in Afghanistan, he stressed.

Afghanistan was a diverse country but Taliban was a Pashtun movement and Pashtuns were half of the population, he noted.

“However, there are also Tajiks, Uzbeks and Hazaras who are in large number.”

Afghanistan was at historic crossroads and either it would move towards stability after wars for four decades or it would go in a wrong direction and chaos and huge humanitarian and refugee crises would be created and it would affect all the neighbours of Afghanistan, he continued.

PM Imran said that Pakistan was part of the international community and the recognition of the Taliban government in Afghanistan would be a significant step.

From the standpoint of Pakistan, he said terrorism was also feared from the soil of Afghanistan because previously three terrorist groups were using the Afghan soil for terrorism in Pakistan.

To a question, PM Imran said if it was considered that Pakistan helped Taliban against the United States (US) then it would mean that Pakistan was stronger than America and all the European countries and Pakistan along with a 60,000 to 70,000 men militia carrying light weapons succeeded in defeating an army of 300,000 troops.

Responding to a question, the prime minister said that despite being an ally of the United States, 480 drone strikes were carried out on Pakistan.

Unfortunately, a propaganda campaign was started against Pakistan, he asserted.

The propaganda was started to divert attention from the incapacity, corruption and lack of governance by the last Afghanistan government, he added.

“The majority of people in Afghanistan considered the last government a puppet and there was no respect in the eyes of the Afghans for this government,” PM Imran said, adding that the second element in this propaganda was India which had made a huge investment in the Afghan government of Ashraf Ghani.

“India initiated the propaganda but it was illogical”, he said adding Pakistan had a total budget of $ 50 billion dollars for its 220 million people.

Imran Khan said how Pakistan could have aided anyone in this war of resistance which prevailed upon America.

“The United States threw in $ two trillion in this war in twenty years. So, all this is propaganda and illogical.”

He wondered how it happened that the 300,000 Afghan army did not fight and asked whether Pakistan stopped it from fighting.

PM Imran said that a comprehensive analysis should be done to know the reasons as to why the army of the bravest nation of the world laid down its weapons without a fight.

Responding to a query, Imran Khan said that Iran was a neighbour of Pakistan and a civilized relationship with neighbours would promote trade and would be beneficial for the whole region.

He added that Saudi Arabia was the closest ally of Pakistan and was a friend which always helped Pakistan.

“So we are interested that there should be understanding between the two countries as a conflict between them would be destructive for the region,” PM Imran asserted.

Khan said that a dispute between the two countries would impact the petrol prices which already had gone up because of COVID-19 and due to drop in supply.

He was of the view that the oil prices had affected everybody and the increase in the prices of edible items would badly impact the poor.

“So not only Pakistan but everybody should make sure that understanding between Saudi Arabia and Iran should improve”, PM Imran added.

In regards to Pakistan-Russia relations, the PM Imran said that they were improving and Islamabad wanted to further boost relations with Moscow.