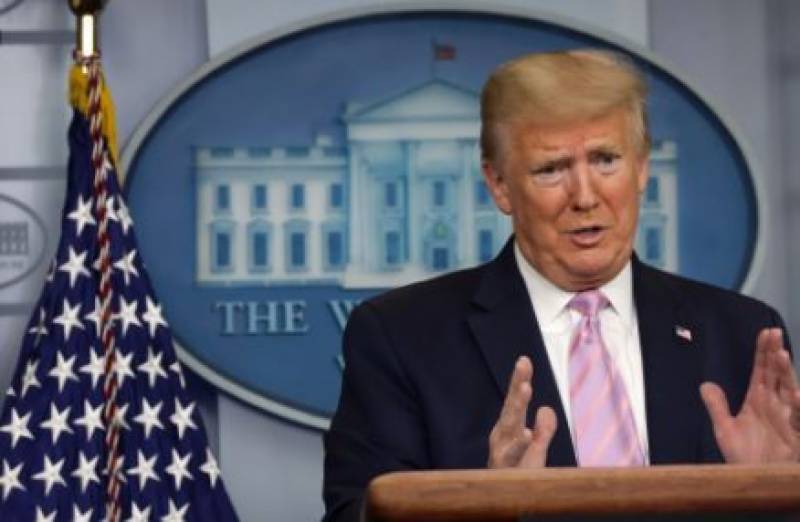 Washington (Web Desk): US President Donald Trump on Saturday warned China that it could face consequences if it was “knowingly responsible” for the coronavirus outbreak.

“It could have been stopped in China before it started and it wasn’t, and the whole world is suffering because of it,” Trump told a daily White House briefing.

“If it was a mistake, a mistake is a mistake. But if they were knowingly responsible, yeah, I mean, then sure there should be consequences,” Trump said. He did not elaborate on what actions the United States might take.

Trump and senior aides have accused China of a lack of transparency after the coronavirus broke out late last year in its city of Wuhan. This week he suspended aid to the World Health Organisation accusing it of being “China-centric.”

Washington and Beijing have repeatedly sparred in public over the virus. Trump initially lavished praise on China and his counterpart Xi Jinping for their response. But he and other senior officials have also referred to it as the “Chinese virus” and in recent days have ramped up their rhetoric.

They have also angrily rejected earlier attempts by some Chinese officials to blame the origin of the virus on the US military.

On the other hand, the director of a maximum security laboratory in China's coronavirus ground-zero city of Wuhan has rejected claims that it could be the source of the outbreak, calling it "impossible".