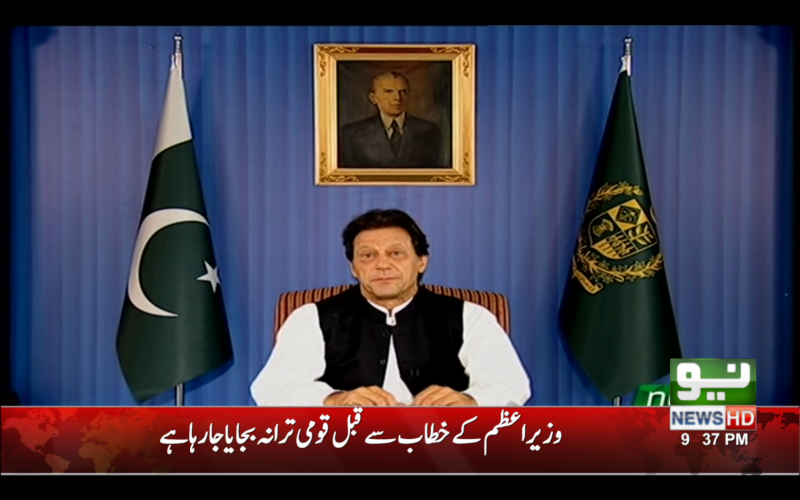 Islamabad (Staff Report/Agencies): Imran Khan, in first address to the nation since being elected as the new premier, has pledged to make the country a welfare state as a model for the State of Medina.

The address began following the recitation from Holy Quran and the playing of the national anthem.

PM Khan first thanked those who stood by him in his political struggle, saying: "I want to thank all my supporters who have been with me on this journey for the last 22 years. I did not want to pursue politics as a career, but as a means to make this country what it should have been.

"I salute all those workers who have stood by me in the most difficult of times. Who bore ridicule to support me ... I could not have been here without you.”

“We want to make Pakistan a welfare state. It is our responsibility to improve the situation of our street children, widows and handicapped. We need to take responsibility for them,” he said.

“I have spoken to all of Pakistan's neighbours and improve relations with them. There is a need for peace and without it, we cannot improve the country's situation,” the prime minister added.

Khan pointed to the difference between the growing lifestyles of the rich and the poor, and hinted that he would adopt an austere style of governance.