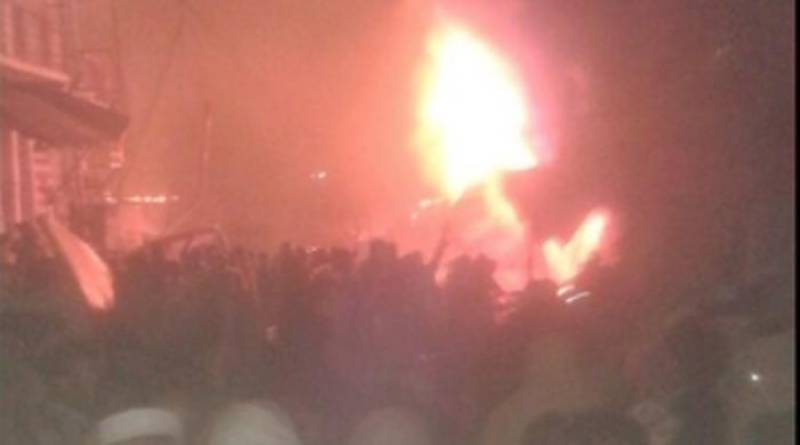 Dir Bala (Web Desk): Valuables worth millions turned into ashes as fire engulfed 20 shops in Dir Bala in the early hours of Monday.

Horrific fire brought under control after a hectic effort of 3 hours.

According to details, fire broke out in cylinder shops located in Tar Patar Bazar on Sunday night which eventually spread and engulfed over 20 shops.

Anwar Ali, the mayor of village council, said that the fire has spread through dozens of shops in the area.

The fire destroyed over 20 shops in the area. The cause of the fire is still not known. No loss of life was reported in the incident.

SHC orders shut down of alcohol shops across Sindh