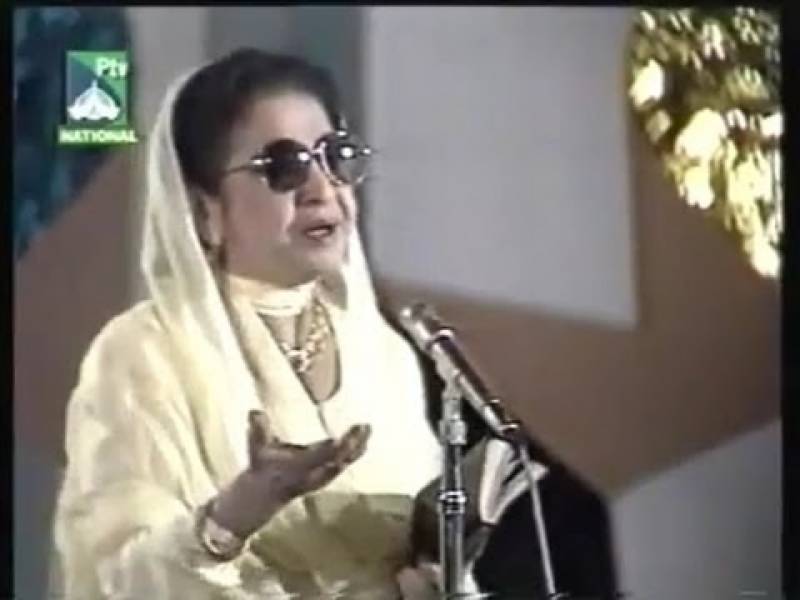 Peshawar (Web Desk): Popular Pashto singer ‘Mashooq Sultan’ passed away today (Monday) in Peshawar. She was suffering from hepatitis since a long time. The funeral prayers of ‘Mashooq Sultan’ will be offered at 2:00 pm tomorrow afternoon in the area of Chughalpura.

The melody queen of Pashto folk songs was the singer of more than 1500 albums. She had been performing at PTV as well as Radio Pakistan Peshawar. She had represented Pakistan in USA, UK, France, Belgium, UAE and Afghanistan on several occasions and recipient of 600 awards including the coveted presidential award ‘the Pride of Performance’. Many of her songs were translated in Urdu by the renowned singers including Ali Haider who sang ‘Zalim Nazron Se’, was originally in Pashto, which Sultan sang early in her career.