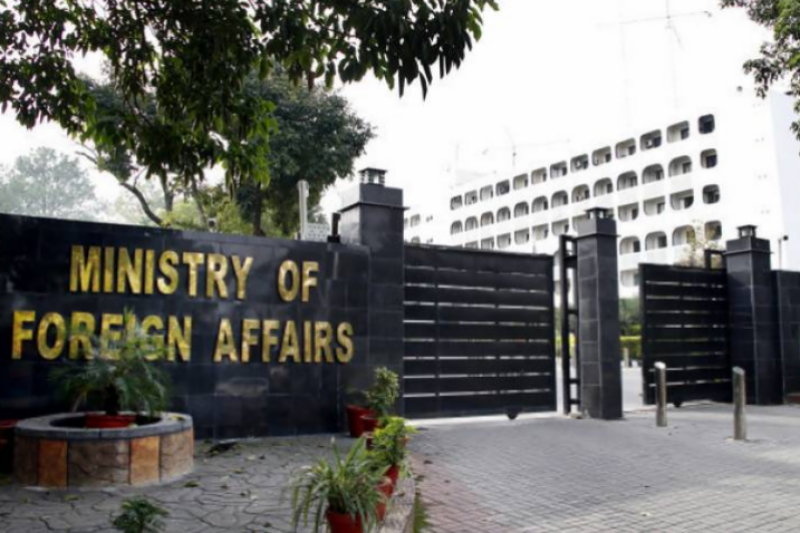 Islamabad (Web Desk): Pakistan has lodged a strong protest with India over its deliberate targeting of United Nations Military Observer Group in India and Pakistan (UNMOGIP) in Chirikot Sector of the Line of Control (LoC).

According to details, the Indian Chargé d'Affaires was summoned to the Foreign Office FO Saturday (today) to register the protest, the Radio Pakistan reported.

Both the Observers present in the vehicle were safely rescued and evacuated to Rawalakot by the Pakistan Army. However, their vehicle sustained damage.

It was communicated to the Indian side that the brazen act was a flagrant violation of established international norms and represented a complete disregard for principles enshrined in the UN Charter.

It was also conveyed that the reprehensible act also represented a new low in the conduct of Indian occupation forces which target not only innocent civilians residing along the LoC but the UN Observers as well.

The Indian side was called upon to desist from such blatant violations of international law; respect the 2003 ceasefire understanding between India and Pakistan; and let the UNMOGIP perform its role mandated by the UN Security Council.

In a statement, Foreign Office Spokesperson Zahid Hafeez Chaudhri in a statement said the attack was unambiguously premeditated as UN vehicles are clearly recognizable even from long distances due to their distinctive marking and blue flag.

The deliberate targeting of a UN vehicle, engaged in discharging the mandate of the UN Security Council, constitutes a grave violation of India’s obligations, under the Council’s resolutions and the UN Charter, which includes the obligation to ensure the safety and security of the UNMOGIP Observers.

Earlier, the UN confirmed a vehicle of its Military Observers was hit by an unidentified object near Rawalakot on the Pakistani side of LoC.

As per the Inter-Services Public Relation (ISPR), the Indian Army resorted to unprovoked aggression at the Line of LoC by targeting a UN Military Observers vehicle on Friday.