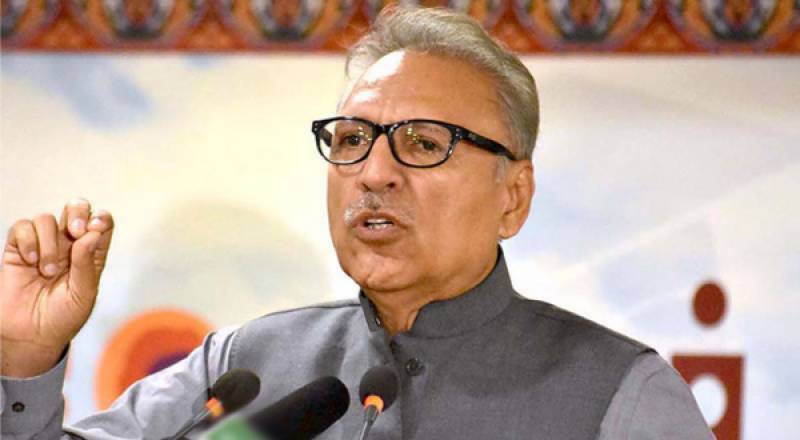 Addressing the inauguration ceremony of Sibi Mela, he said the mega project also envisages establishment of special economic zones which will promote industries.

The president said that Balochistan is not only blessed with natural resources but huge benefits can also be accrued by developing its fisheries and livestock sectors.

President Alvi stressed the need for construction of small dams in the province to overcome the water shortage, the Radio Pakistan reported.

Referring to law and order situation, the president said that Pakistan has successfully overcome the menace of terrorism.

Condemning the recent acts of terrorism in Balochistan, he said these isolated incidents cannot shake the resolve of the nation against the menace.

President Alvi said that the world recognises Pakistan as a peace loving country and its fruits are visible in the form of promotion of tourism and investment in the country.

Speaking on the occasion, Balochistan Chief Minister Jam Kamal Khan highlighted the steps taken by the provincial government to improve infrastructure in Balochistan.

The five-day 'Sibi Mela’ is an annual cultural show held in Sibi every year.

Agriculture and industrial exhibition besides other events including flower shows, fireworks, contest of national songs, folk dance, motorcycle jumps and horse dances are also part of the festival.

Local artists and those from other parts of the country would also perform during the festival. Tribesmen flock from all over Balochistan, parts of Sindh and Punjab with their animals.