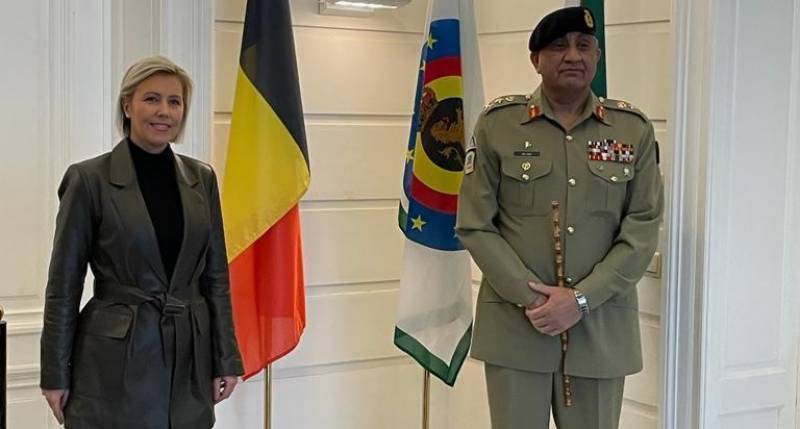 According to the Inter-Services Public Relations (ISPR), an agreement to this effect reached during a meeting between Chief of Army Staff (COAS) General Qamar Javed Bajwa and Belgium Minister of Defence Ludivine Dedonder, Chief of Defence Admiral Michel Hofman, and Chief of Staff of the Land Component Major General Pierre Gerard in Belgium.

The army chief said that Pakistan values its bilateral relations with Belgium in all domains.

In their remarks, Belgian dignitaries appreciated professionalism of Pakistan's armed forces and Islamabad's sincere efforts for regional peace and stability.

They also reiterated earnest desire for enhancing bilateral cooperation with Pakistan in all domains.

The ISPR stated that matters of mutual interest, overall regional security situation including current situation in Afghanistan and bilateral relations with EU were discussed during the during the meetings.

The EU dignitaries appreciated Pakistan's sincere efforts for peace and stability in the region and pledged to play their role for increased collaboration with Pakistan at all levels.