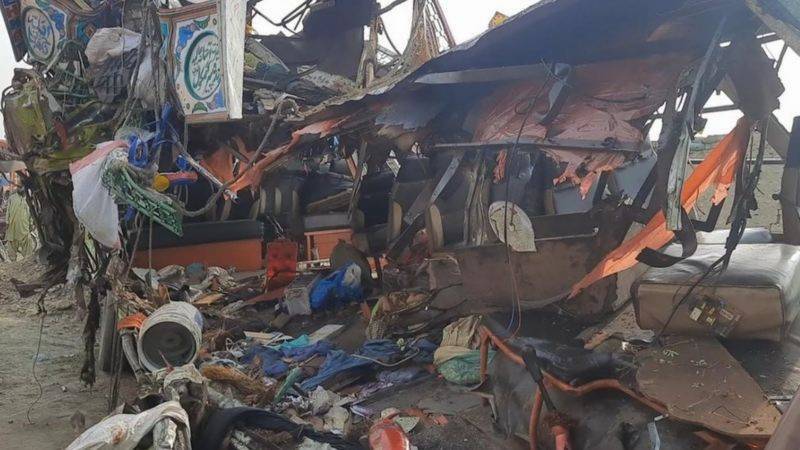 Multan (Staff Report/Agencies): At least 33 people were killed and more than 40 others were injured in a collision between a passenger bus and a truck near Dera Ghazi Khan on Monday.

As per details, the bus traveling from Sialkot to Rajanpur collided with a truck on Taunsa Road near Jhok Yaro in Dera Ghazi Khan.

Interior Minister Sheikh Rashid expressed his sorrow over the deaths in the accident.

Chief Minister Buzdar also expressed grief over the loss of lives in the accident and extended condolences to the bereaved families. The CM also sought report of the incident.