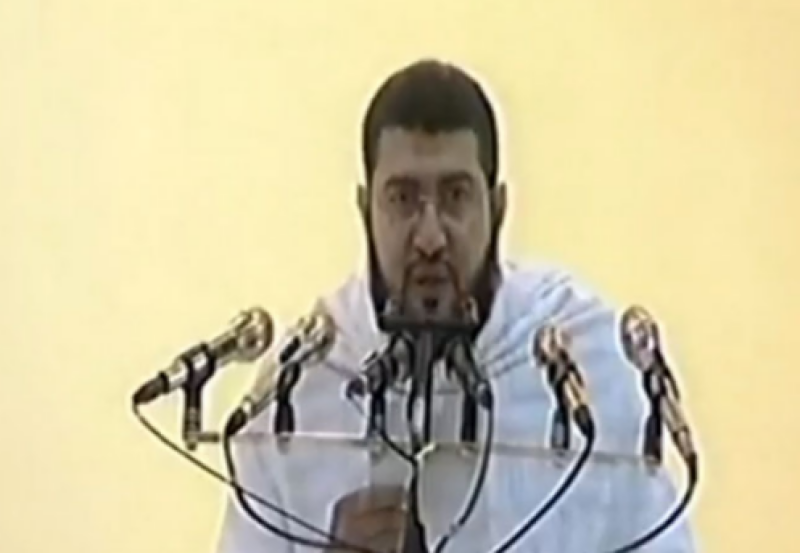 Arafat (Web Desk): Sheikh Bandar Bin Abdulaziz Balila in the Hajj sermon urged people to follow Prophet’s (PBUH) teachings regarding pandemics, saying that the Prophet (PBUH) had asked people to not go to an area where there’s a plague.

They listened Hajj sermon there delivered from Masjid-e-Nimra and offered Zohar and Asr prayers together.

Imam Sheikh Bandar bin Abdulaziz has urged Muslims to purge their hearts of hatred and be kind towards others in their day to day dealings. He said Muslims should show compassion toward everyone, including their parents, children, relatives, women, and servants as enshrined in Shariah.

The Imam called upon the Muslims to perform their social responsibilities and follow the prevalent laws to avert any mischief on the earth. He said Muslims should also be fair in their financial matters and should not cheat others.

Sheikh Bandar bin Abdulaziz has urged Muslims to religiously follow the teachings of Holy Prophet Hazrat Muhammad Sallallaho Alaihe Wa Sallam Khatim-un-Nabiyeen for their success in this life and the hereafter. He said all the Islamic teachings must be practiced in life.

The Imam said the faithfuls should always be polite in their talk even in spreading the message of Islam and persuading others to follow Islamic teachings. He said Allah's blessings are infinite and one must find comfort in this fact and continue to seek them. He said the doors of forgiveness are always open and we should always seek this forgiveness from Allah.

Sheikh Bandar bin Abdulaziz has asked Muslims to keep their societies free of violence and extremism. The Imam appreciated the Saudi government for making excellent arrangements for Hajj pilgrims in the wake of the Covid-19 so that the pandemic does not spread.

The Hajj pilgrims will leave for Muzdalifah after sunset where they will offer Maghrib and Isha prayers together and spend the night under open sky.  They will also collect pebbles from Muzdalifah to throw at Satan (Jumra aqabah) the next morning.

After offering Fajr Prayer at Muzdalfa, they will leave for Mina for remaining Hajj rituals.