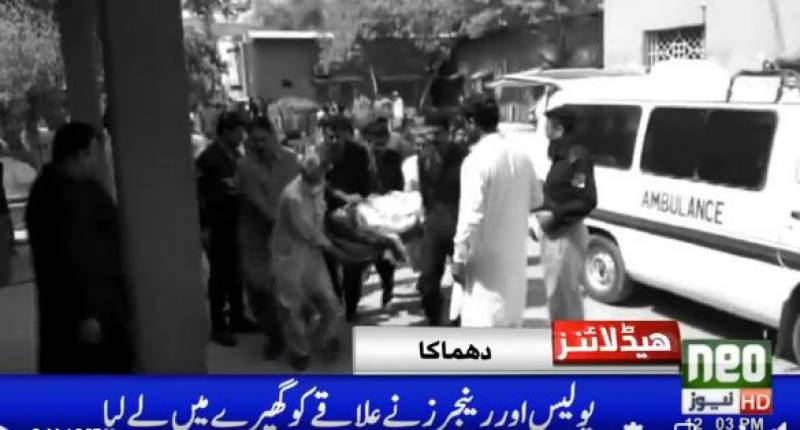 Karachi (Web Desk): At least one person died and six others were injured in a hand grenade attack near Ehsaas Programme centre in Karachi’s Liaquatabad No 10 area on Friday.

According to police, the incident occurred near the centre where money was being distributed under Ehsas Programme.

According to the SSP Liaquatabad, a Rangers personnel was also injure in the grenade attack.

A police official said that those wounded in the attack include people who had gathered to receive cash under the programme.

The security personnel arrived at the scene and cordoned off the entire area to investigate the incident.

Earlier today, At least three people, including two Rangers personnel, were killed and two others were wounded in an explosion in Ghotki city of Sindh.

According to police, the blast took place near a parked vehicle of Sindh Rangers.

DSP Hafiz Qadir said that the Rangers personnel were buying meat in the market when a loud blast took place.

Law enforcement agencies cordoned off the site of the incident.