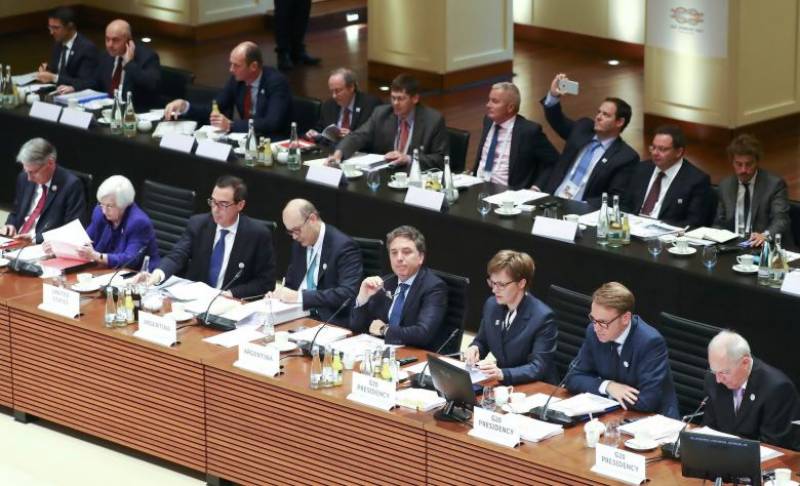 Baden-Baden, Germany (Reuters): The world's biggest economies will vow to jointly made efforts to cope cyber attacks on the global banking system, one of the biggest coordinated efforts yet to protect lenders since an $81 million heist of the Bangladesh central bank's account last year.

G20 finance chiefs will agree to fight attacks regardless of their origin and promise cross-border cooperation to maintain financial stability during a meeting to be held in the German resort town of Baden-Baden, according to a draft document seen by Reuters.

The statement said, "We will promote the resilience of financial services and institutions in G20 jurisdictions against malicious use of information and communication technologies, including from countries outside the G20."

However, it dropped an earlier reference for enhanced security requirements for financial services.

Cyber crime became a top priority after an elaborate heist on the Bangladesh central bank's account at the Federal Reserve Bank of New York last year, an unprecedented theft that exposed the vulnerabilities of the system.

The agreement, set to be finalised on Saturday, will come just days after the United States charged two intelligence agents from Russia, another G20 member, with masterminding the 2014 theft of 500 million Yahoo accounts.

The indictment was the first time U.S. authorities have criminally charged Russian spies for cyber offences including for computer fraud, economic espionage, theft of trade secrets, and wire fraud.

The charges came amid a swirl of controversies relating to alleged Kremlin-backed hacking of the 2016 U.S. presidential election and possible links between Russian figures and associates of U.S. President Donald Trump.

In the banking world, attacks through the global SWIFT bank transfer system have continued to increase with the network recording a "meaningful" number of attacks with about a fifth of them resulting in stolen funds since the Bangladesh heist, the firm said late last year.

The European Union is considering testing banks' defenses against cyber attacks with concerns growing about the industry's vulnerability to hacking.

Body of half-brother of North Korea's leader to be returned after ...