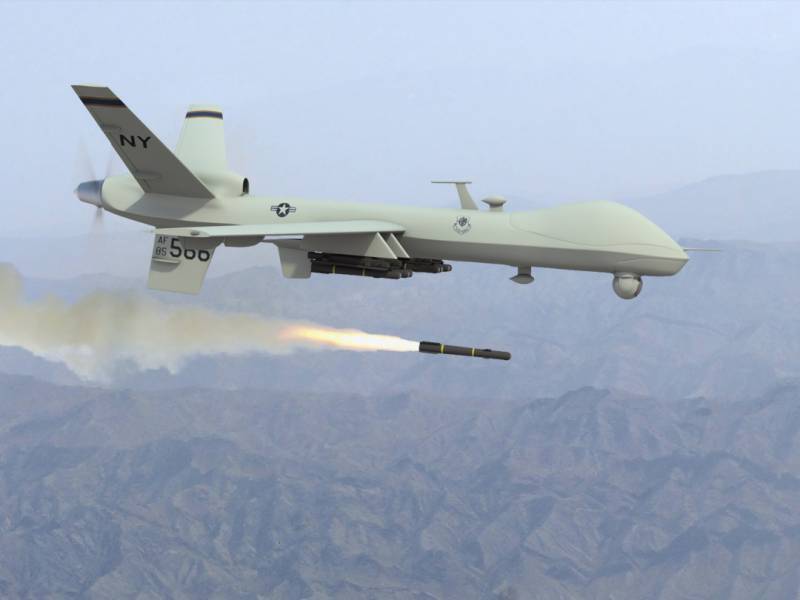 Peshawar (Web Desk): Two ‘commanders’ of the banned Tehreek-i-Taliban Pakistan (TTP) were killed when an unmanned aircraft targeted a moving car in Afghanistan’s Paktika province along the border with South Waziristan Agency.

As per details, a US drone targeted the car in the Narr area close to the border, killing local Taliban ‘commanders’ Haroon Shuikhel Wazir and Azmat Mahsud. The former belonged to the Akhtar Mohammad group of the TTP in North Waziristan Agency.

The funeral prayers for the two were held in the Laman area near the border.