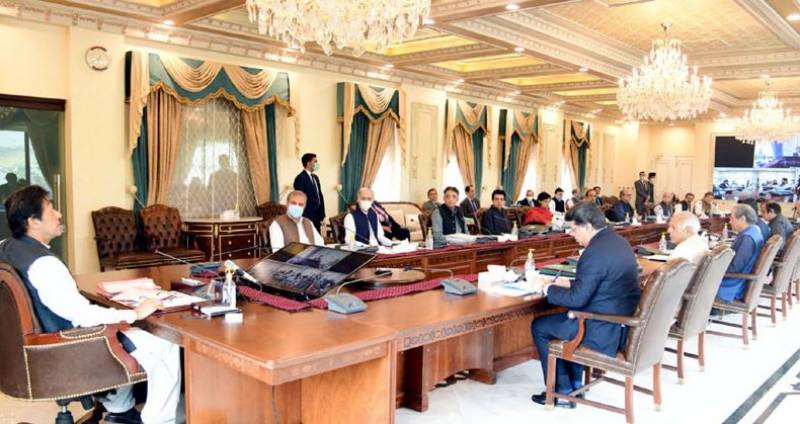 Talking to the media after cabinet's meeting held under the chair of PM Khan here on Tuesday (today), Faraz said that the premier was briefed about outstanding dues of various media houses owed to different ministries. He said the PM instructed all the ministries to clear their dues so that media houses can pay salaries and outstanding amounts of media workers before Eid.

The minister said Imran Khan also sought detail of illegal recruitment in various ministries and 27 divisions and departments of the federal governments submitted a list of 638 such people who were inducted in violation of laid down procedure. He said rest of the ministries had also been directed to submit detail of illegal recruitment in one week.

The minister said action is being taken against illegal recruitments from August 2016 to onward.

Shibli Faraz said the cabinet has also constituted a committee in the chairmanship of Aviation Minister Ghulam Sarwar Khan to prepare a legal framework to outsource country's airports so that they can be brought to the level of international standard.

Responding to a question, the Minister said report of the inquiry commission on the sugar scandal would be released very soon.