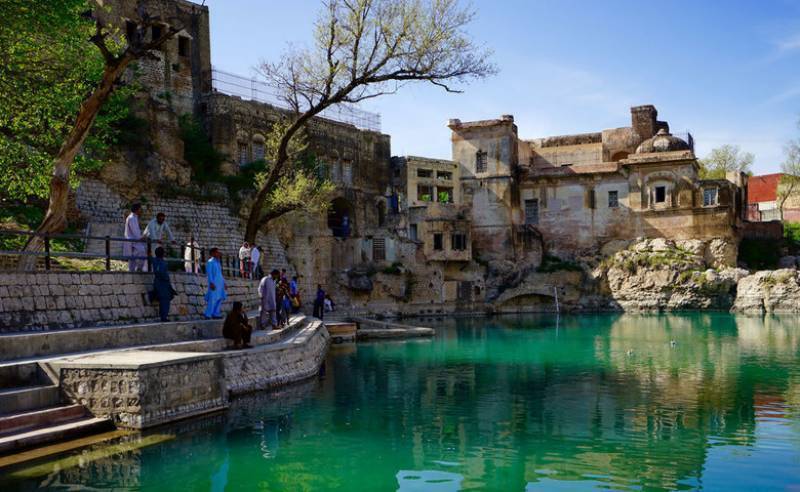 While hearing a suo motu case regarding media reports that the Katas Raj temple pond — considered sacred by Hindus — was drying out at the SC Lahore Registry, Chief Justice of Pakistan (CJP) Mian Saqib Nisar concluded the case and ordered D.G. Khan Cement Company Limited to deposit Rs100 million into the SC Dam Fund — Rs80m as payment for water utilised by the factory and a Rs20m penalty for attempting to mislead the apex court.

The bench also ordered that groundwater should not be extracted through tube wells from the Katas Raj pond. “Cement factories will not extract groundwater,” the court ordered.

“Cement factories will have to pay a fine for the groundwater they have used till now,” the top court added.

On Friday, the CJP ordered to refill the Katas Raj pond.

"The depleted Katas Raj pond next to the temple should be refilled," the top judge remarked, adding, “Even if you have to take water tankers, take them but fill up the pond.”

In November last year, the top court had taken notice of reports that the pond next to the Katas Raj temple in Chakwal – a revered site for Hindus which is said to have depleted due to operations in the vicinity of several cement factories that have sucked out the underground water was drying up because cement factories nearby were allegedly drawing a large amount of water.