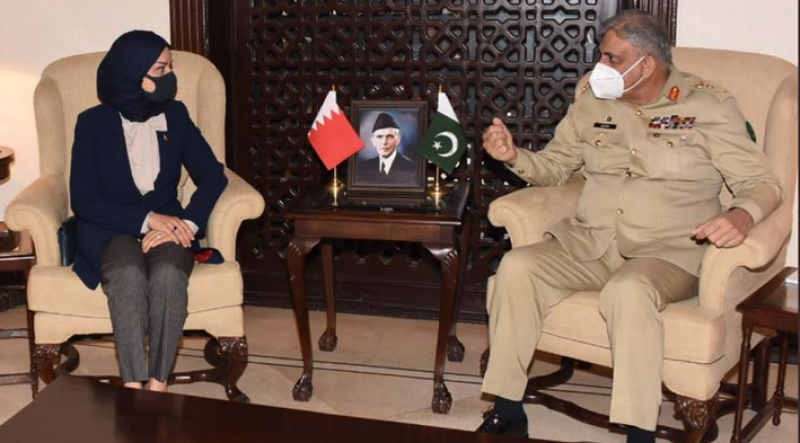 According to the Inter-Services Public Relations (ISPR), the COAS was talking to Speaker of the Council of Representatives of Kingdom of Bahrain Fawzia Bint Abdullah Zainal who called on him in Rawalpindi.

"During the meeting, matters of mutual interest, current security situation in Afghanistan and bilateral cooperation in various fields were discussed," the statement said.

The military's media wing quoted the army chief as saying that Pakistan desired to maintain the tradition of bilateral engagement and wished for long-term and enduring relationship with Bahrain.

"The visiting dignitary appreciated Pakistan's role in Afghan situation, special efforts for border management, role in regional stability and pledged to play her part for further improvement in diplomatic cooperation with Pakistan at all levels," the ISPR said.