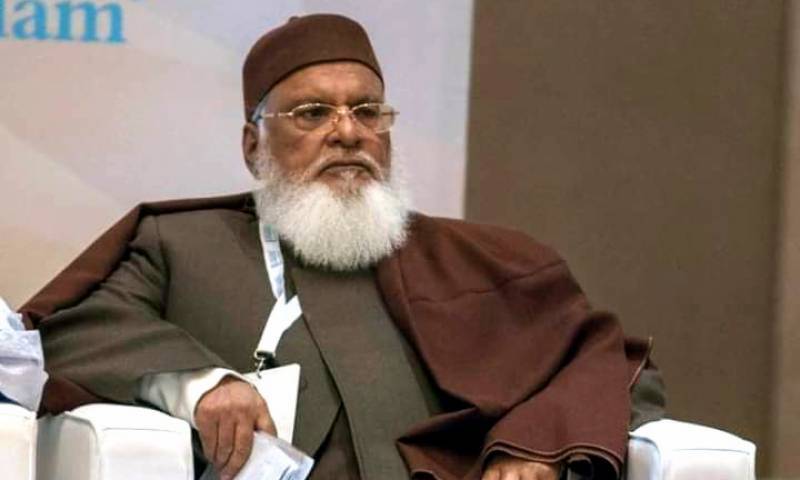 Karachi (Web Desk): Pakistan's grand mufti and renowned religious scholar and author Mufti Rafi Usmani passed away in Karachi on Friday at the age of 86 after protracted illness.

Mufti Rafi Usmani was born in the United-India's Deoband town in 1936. He was also the patron of the Wifaq ul Madaris Al-Arabia, Pakistan.

Condolences started pouring in after the news of the death of the country's grand mufti.

Paying tribute to the religious and literary services of the late religious scholar, President Dr Arif Alvi said that Mufti Rafi Usmani had rendered valuable services in the fields of theology, Hadith and Tafsir.

His services in the fields of religion, education and particularly the promotion of religious education would be remembered forever, he added.

The prime minister said that the services of late Mufti Rafi Usmani for religion would be kept alive forever.

The President and the premier also prayed to Allah Almighty for peace of the departed soul and strength to the bereaved family to bear the loss with fortitude.

In his condolence message shared on Twitter, the Sindh governor said, "This is a great loss for not only Pakistan but also the Islamic world. Mufti sahib's contributions to the promotion of religious teaching are unparalleled."

"Mufti sahib's death is a great tragedy for the Islamic world. His religious services are eternal," the Sindh CM stated.