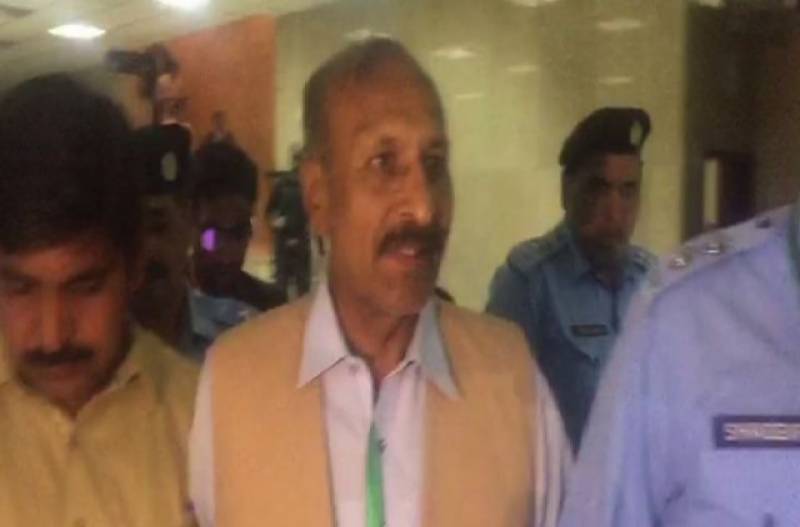 Tariq along with his father and brothers Faisal and Asim, was booked earlier this month for attacking a Lahore Development Authority team during an anti-encroachment operation in Lahore's Johar Town area and was wanted to the Lahore police in cases related to the illegal possession of land.

According to the court’s order, Tariq’s protective bail has been approved for five days, following which he will have to approach the trial court.

Mansha Bomb was arrested on October 15 after he appeared before the Supreme Court, demanding to meet the chief justice Mian Saqib Nisar.

Last month, the Chief Justice of Pakistan had ordered the immediate arrest of Mansha Bomb, however, police had failed to compliance the court’s order.

According to the Punjab police, at least 70 cases are registered against the alleged land grabber Mansha Bomb.