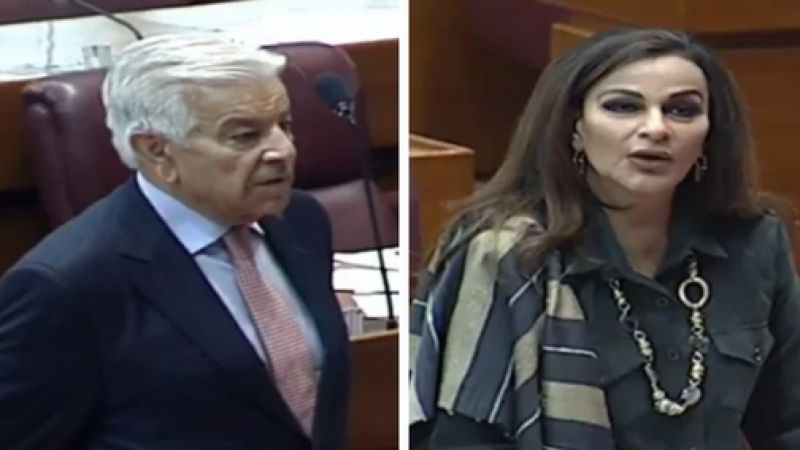 Islamabad (Web Desk): The lawmakers belonging to the treasury bench on Wednesday raised concern over the alarming security situation in Swat.

Speaking during the National Assembly session, Defence Minister Khawaja Asif said that there are issues which need to be resolved and problems can arise if the situation is not resolved politically.

“The same process has started in Swat after 13 years. The fire there can reach everyone including me. The people of Swat have come together. We should sit together to solve the issues,” added Asif and further added that the situation, though similar, has not reached the "same gravity and velocity".

Speaking on a point of order, Minister for Climate Change stressed to take practical steps for resolving the issues of the province and find out the solution of all problems in Parliament.

She said Pakistan had paid a heavy price in the war on terrorism adding that we had conducted successful operations against terrorism which had also been acknowledged by the world community.

She said that more than 80,000 people sacrificed their lives in war against terrorism while Pakistan Peoples Party (PPPP) government gave nod to launch operation against the terrorist elements after approval of the Parliament.

The minister said that Joint sitting was summoned in PPPP tenure and National Security Committee was constituted which was given complete authority to curb terrorism and protect the national interests.

She said the terrorists could not be allowed to raise their ugly heads again in Swat or other areas.

Sherry said that her leader Benazir Bhutto raised the flag of Pakistan in Swat and always talked about sovereign Pakistan.

She demanded to take Parliament into confidence in case of any action against mischievous elements.

The minister said that talks could be allowed with only those who respected the Constitution and de-weaponize themselves.

Meanwhile, the defense minister and minister for climate change proposed the formation of a ‘Truth and Reconciliation Commission’ to take the situation towards improvement in Balochistan.

Responding to the points of Akhtar Mengal of Balochistan National Party-Mengal (BNP-M) in the National Assembly on Wednesday, Minister for Defence Khawaja Asif said the political leadership should take the initiative to find a permanent solution to the problems faced by the people of Balochistan.

"We are one nation and cannot stay indifferent to the problems of any federating unit," the minister said.

Khawaja Asif said the points raised by Akhtar Mengal regarding the Balochistan situation are genuine and there is a dire need to heal the wounds of the people of the province. He said the problems of Balochistan can be addressed by sitting together with the leaders and people of Balochistan.

Khawaja Asif also alluded to the devastation caused by floods in the country. He said the that former Pakistan Tehreek-e-Insaf (PTI)-led government was removed through a constitutional way, regretting that its chairman Imran Khan is now trying to blackmail and take hostage the state.

Minister for Climate Change stressed to take practical steps for resolving the issues of the province and find out the solution of all problems in Parliament.

Khawaja Asif proposed that either Truth and Reconciliation Commission or a judicial commission be formed to address the situation in Balochistan. He said he will also raise the issue in the federal cabinet.

"Pakistan has been a frontline state in the war on terrorism. Our civilians and security forces have rendered matchless sacrifices in the war against this menace," the minister said.

He pointed out that over the last three months, 53 security personnel embraced martyrdom which also included a three star general. He said we are continuously giving sacrifices.

In his remarks, Minister for Human Rights Mian Riaz Hussain Pirzada emphasized for taking collective and strong decisions to ensure protection of the people and their rights.

Mohsin Dawar also supported the establishment of the Truth and Reconciliation Commission saying it is imperative to take the country in the right direction.