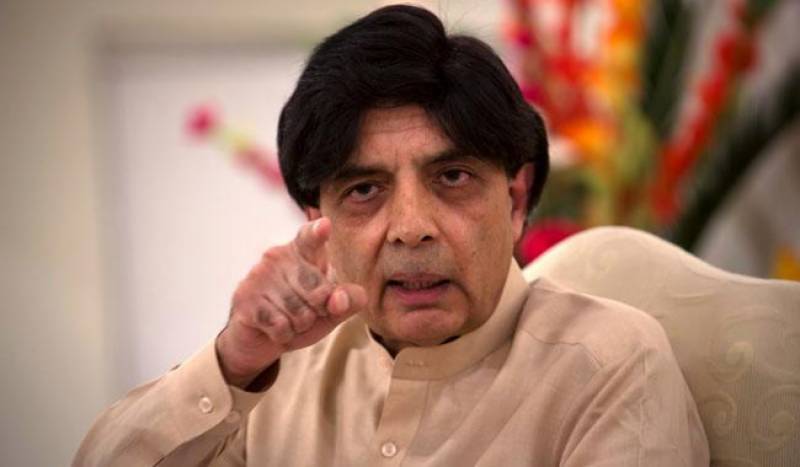 Islamabad (Staff Report): Former interior minister Chaudhry Nisar said on Sunday that he had refused to be part of Prime Minister Shahid Khaqan Abbasi’s cabinet over a “difference of opinion”.

“You don't distance yourself from a ministry for no reason," he said while addressing a press conference and added, “There is always a reason, but I cannot reveal it at this time, because times are not ‘normal’ right now. The party is in difficulty, the leadership is in difficulty.”

Claiming that he openly discussed his opinion during the party’s meetings, the PML-N leader said the former and incumbent prime ministers had kept trying to convince him to not quit as interior minister.

Defending his performance as interior minister, Nisar said he made attempts to take all stakeholders onboard but his ministry was criticised for “other’s negligence”, clarifying that the interior ministry did not possess the executive authority but it was only responsible for policy-making. “I do not want my political performance to be tarnished by involving in mudslinging.”

Putting all the rumours regarding his exclusion from the federal cabinet to rest, the ex-interior minister said he did not leak any news during the last 24 days. “I urge all media persons to always acquire from me a clarification on any news that is being spread in my name.”