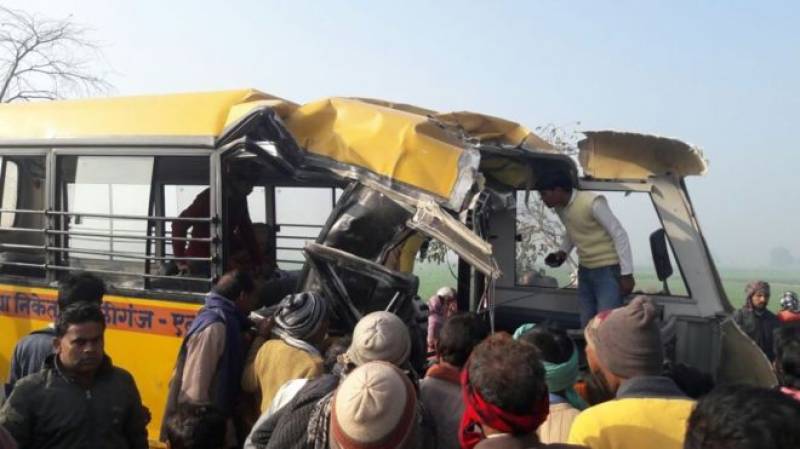 New Delhi (Staff Report): At least 24 children have been killed and 45 others injured as the school bus collided with a truck in India’s northern state of Uttar Pradesh.

The crash happened in Etah, around 265km (164 miles) from the state's capital, Lucknow.

A senior police officer told the media that 14 students were in a critical condition. He further said that the victims were aged between three and 12 years and were studying in a local school. Bus driver was also dead in the accident.

Police spokesperson Rahul Srivastava said the exact cause of the accident was yet to be determined.

But he added that visibility was poor because of dense fog at the time of the crash.