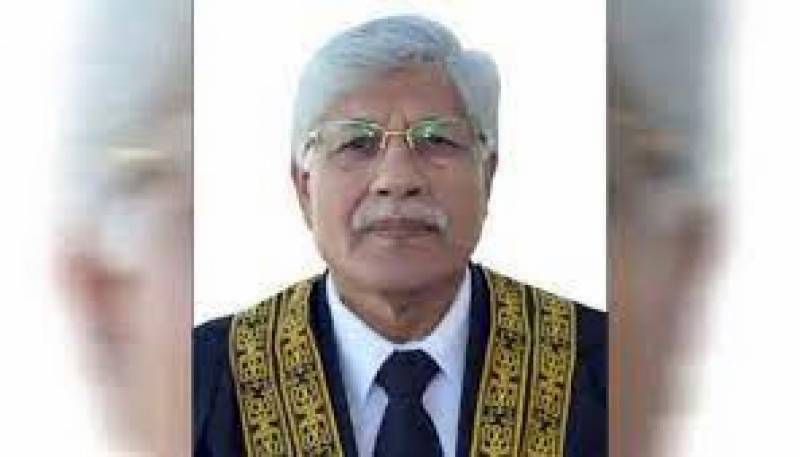 As the hearing of the case began today, IHC Chief Justice Athar Minallah said that charges would be framed first before everything else. The session was briefly adjourned as Shamim requested the court to wait until his counsel, Abdul Latif Afridi, arrived.

However, the court decided not to frame charges against Jang Group owner Mir Shakeelur Rehman and senior journalists Ansar Abbasi and Aamir Ghauri, who were also named in the contempt case.

After IHC Chief Justice Athar Minallah framed the charges, Rana Shamim said: "I accept some things and some I don't."

The former GB CJ told that his lawyers were on their way to the court over which, the IHC adjourned the hearing for a short time period.

Meanwhile, the court rejected the appeals to stop character assassination of Rana Shamim and disqualify Pakistan Tehreek-e-Insaf (PTI) leaders. The IHC also turned down the intra-court pleas of Rana Shamim’s daughter-in-law and grandchildren.

In the last hearing on January 7, the decided to indict former chief judge of Gilgit-Baltistan (GB) Rana Shamim and others in contempt of court case till January 20.

On January 15, the IHC had summoned Shamim, editor-in-chief of a national daily Amir Ghauri and investigative reporter Ansar Abbasi on January 20 for indictment in the contempt of court case.

Previously, IHC had received the original affidavit of Chief Judge Rana Shamim and deferred the decision of indicting him. The high court had also termed replies of all the parties including Rana Shamim as unsatisfactory.