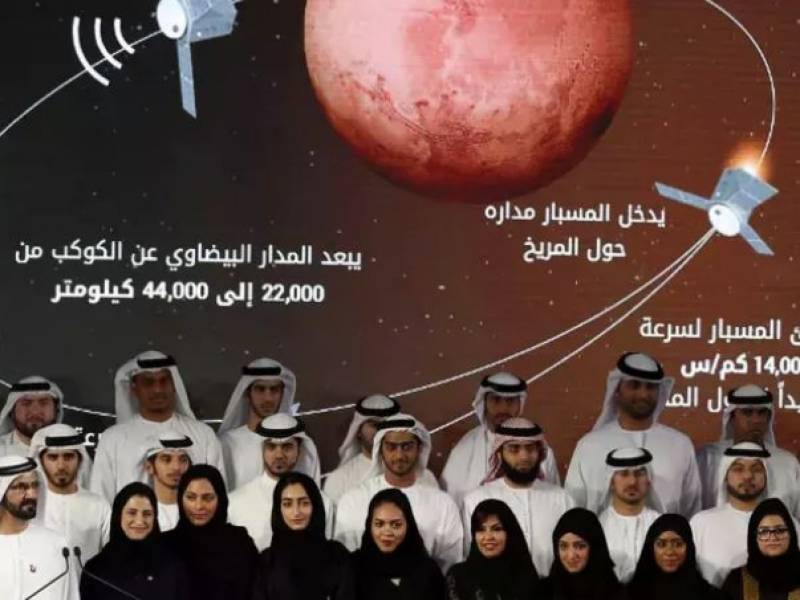 A live feed of the launch showed the rocket carrying the unmanned probe, known as "Al-Amal" in Arabic, lifting off from the Tanegashima Space Centre in southern Japan at 6:58am local time (2158 GMT).

Almost exactly one hour later, the feed showed people applauding in the Japanese control room as the probe successfully detached.

In Dubai, the launch was met with rapturous excitement, with the UAE Mars mission's deputy project manager Sarah Al-Amiri declaring it "an indescribable feeling" to see the probe blasting off.

"This is the future of the UAE," Amiri, who is also minister of state for advanced sciences, told Dubai TV from the launch site.

The Emirati project is one of three racing to Mars, including Tianwen-1 from China and Mars 2020 from the United States, taking advantage of a period when the Earth and Mars are nearest.

In October, Mars will be a comparatively short 38.6 million miles (62.07 million kilometres) from Earth, according to NASA.

"Hope" is expected to reach Mars's orbit by February 2021, marking the 50th anniversary of the unification of the UAE, an alliance of seven emirates.