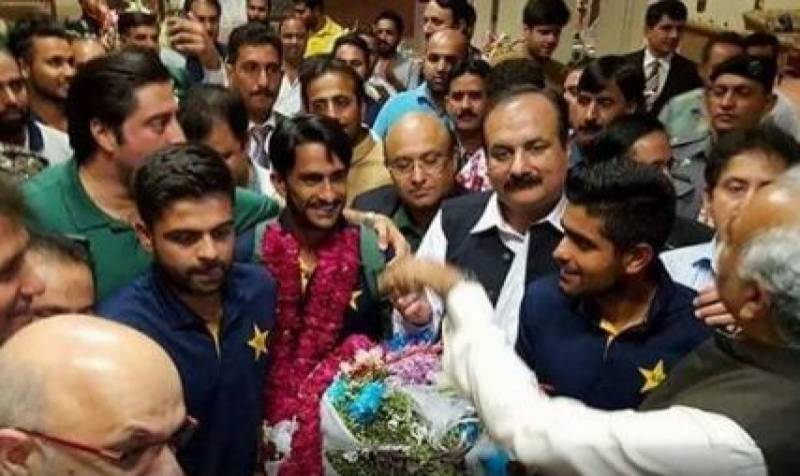 According to details, the players, including Hassan Ali, Baber Azam, Fahim Ashraf and Ahmad Shahzad, were warmly welcomed at Lahore airport by the provincial ministers and a large number of cricket lovers and fans of the players.

Punjab Ministers Mian Mujtaba Shujaa-ur-Rehman, Raza Ali Gilani, Jehangir Khanzad and Rana Mashhood Ahmad Khan were present at the airport to accord a cordial welcome to the winning cricketers. Foolproof security measures were taken to avert any untoward incident and heavy contingents of the police were deployed at the airport. Sarfaraz Ahmed was presented a bouquet of flowers and a Sindhi ajrak and cap.

The Governor said, Champions Trophy is a gift for the whole nation. He said top cricket players have emerged in the country due to PSL.

Muhammad Zubair said all out efforts will be made to hold PSL matches on Pakistani soil in future.