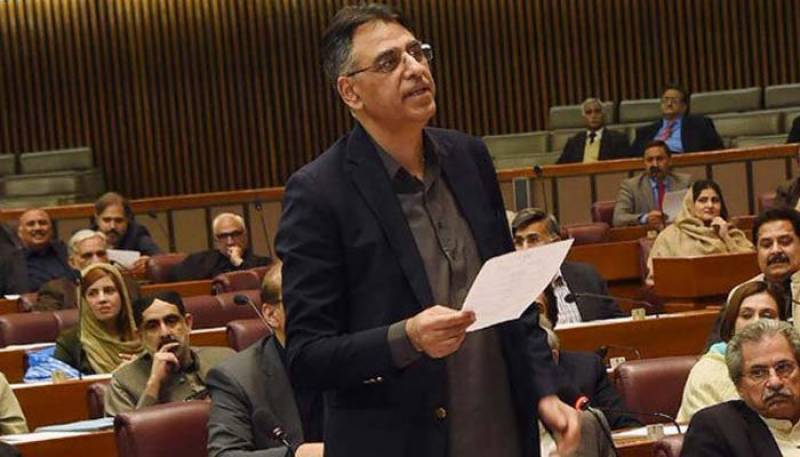 During his speech in the National Assembly, Asad Umar acknowledged that the federal budget ─ set to unroll with the arrival of the new fiscal year on July 1 ─ was a "budget for tough times". He congratulated the team that had prepared it.

However, he also expressed his reservations and asked his party's government to reconsider the increased tax on sugar and cooking oil in the federal budget.

He urged the Dr Abdul Hafeexz Sheikh to take back taxes on edible oil and ghee. The PTI leader said gas infrastructure development charges should be abolished.

An increase of 10 to 15 per cent in the pension should also be considered. “Labourers should be registered at the Employees Old-Age Benefits Institution (EOBI) along with domestic workers,” he urged the PTI high ups.

He said the previous government left the economy in shambles. Due to the incumbent government efforts, the current account deficit decreased by 70 per cent in just a few months.