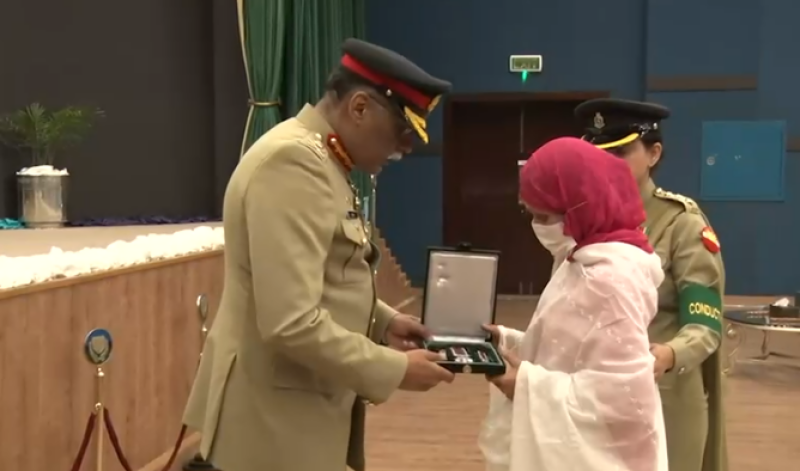 Next of kins of Shuhada received their awards posthumously.

The ceremony was attended by army officials and shuhada families.

Speaking on the occasion, the Corp Commander paid rich tribute to Shuhadas.