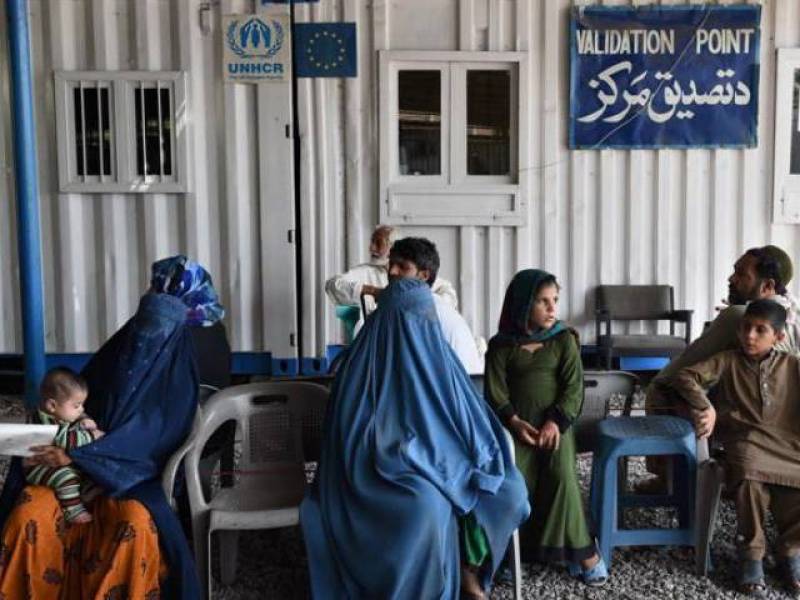 Islamabad (Agencies): At least 400,000 undocumented Afghan refugees have been registered by the National Database Registration Authority (NADRA) through the new Afghan refugees registration policy which was launched on August 16, 2017.

The International Organisation of Migration, which assists and monitors the movement of migrants across the world, reported that 248,189 undocumented Afghan nationals had returned or were deported from Pakistan in 2016.

An official source of the Ministry of States and Frontier Regions (SAFRON) said the International Organisation for Migration (IOM) looking the process of registration.

He said that the process of registering one million Afghan refugees to be completed by January 16, 2018, and in this regard 21 registration centres had been established in different parts of the country.

The country has some 1.5 million registered refugees, one of the largest such populations in the world, according to the UN’s refugee agency (UNHCR). More than a million others are estimated to live in the country unregistered.

The government is issuing Afghan Citizen Card (ACC) to them after their registration that will legalise their stay in Pakistan for an indefinite period without getting refugee status.

The process is part of the 20-point National Action Plan that was unveiled in early 2015. Over 200,000 unregistered Afghan nationals went back to Afghanistan in 2016 when law enforcement agencies launched crackdown against them.

“Approximately 40 to 45 per cent of the applicants are Afghan passport holders,” he said.

He said most of the Afghan citizens wanted to obtain ACC because of the instability and fighting in their war-torn country. He said Afghan nationals did not show their passport when they visited registration centres.

UN chief in Islamabad to attend conference on Afghan refugees