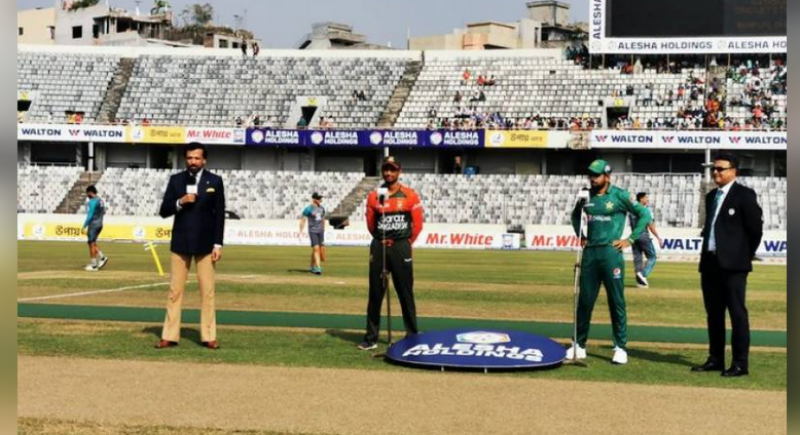 Dhaka (Web Desk): Bangladesh won the toss and decided to bat first in the second T20I match at the Shere Bangla Stadium in Dhaka on Saturday.

While Bangladesh go into the second T20 match without making any changes, Pakistan are resting Hasan Ali and will play left-arm pacer Shaheen Afridi in his place.

The rest of the visitors' squad remains unchanged for today's clash.

Meanwhile, Babar Azam-led squad is looking confident to continue the momentum from the start of the tournament where a large number of cricket fans flocked to watch their favorite players.

Despite the failure of the top batsman, the middle and lower order put their hands up to give Shaheens a 1-0 lead in the limited over series. On the other hand, Bangladesh wanted to break the jinx of consecutive six defeats including five from the T20 World Cup.

The Tigers, with several new faces, put up a tremendous fight but will be ruing the missed opportunity having had Pakistan's backs against the walls at 24/4 chasing 128.