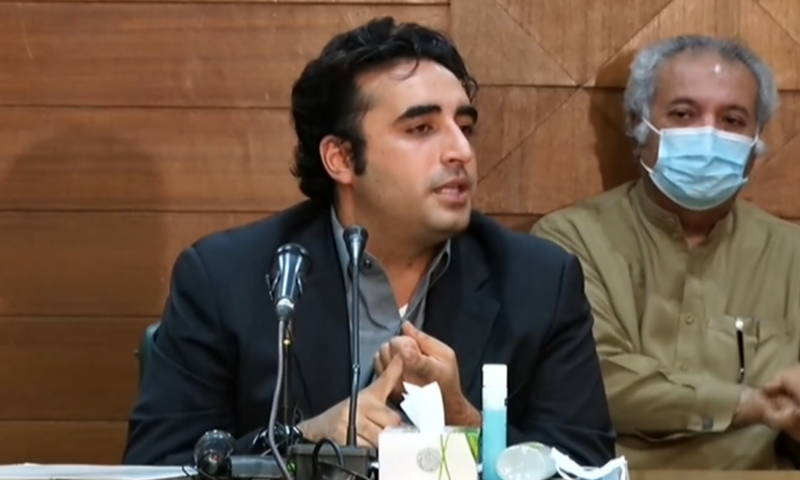 Addressing a press conference here on Tuesday, PPP chairman urged both the officers to investigate the matter as to how Sindh police chief was pressurised into registering a case against PML-N vice president Maryan Nawaz husband Capt (retd) Safdar and his subsequent arrest in Karachi on Monday.

The move comes after Sindh police’s top officers, including IGP Mushataq Mahar, reportedly decided to go on two-month leave for being “ridiculed and mishandled” during the recent episode of registering a case against Safdar.

Safdar was arrested from a hotel in Karachi where he was staying after attending the Pakistan Democratic Movement (PDM) rally.

Later the day, he was released after a judicial magistrate granted the bail to PML-N leader against surety bonds of Rs100,000.