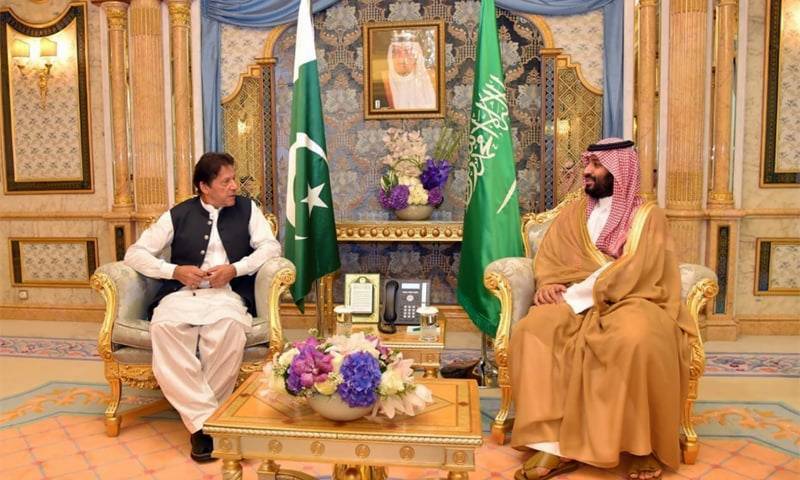 According to a statement issued by the Prime Minister office, the premier also condemned the recent attacks on oil installations in Saudi Arabia, which cut the kingdom’s crude production and fanned fear of further instability in the Middle East.

The prime minister arrived in Jeddah on Thursday. He was received at King Abdulaziz International Airport by Foreign Minister Dr Ibrahim Al-Assaf, Adviser to King Salman Prince Khalid Al-Faisal, the governor of Makkah region, and others, the official Saudi Press Agency reported.