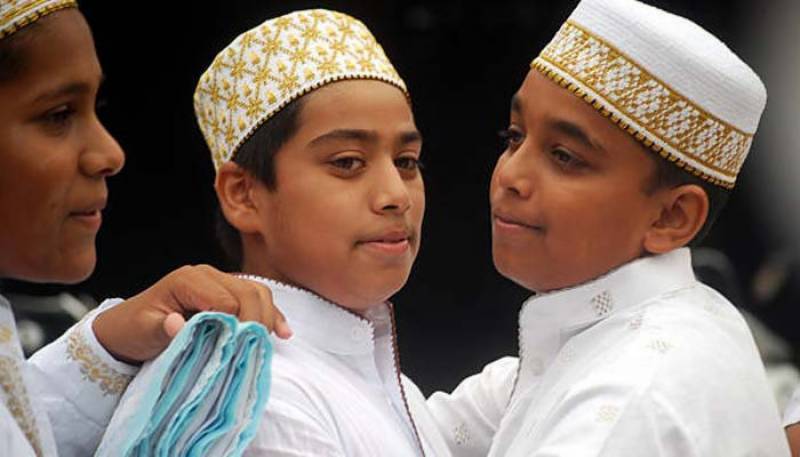 Karachi: Sunni Bohra community is celebrating Eid al-Adha across the country with religious zeal and fervor.

As per details, Bohra community biggest Eid congregation was held at Tahari mosque, Sadar. In addition to that they also arranged Eid prayers at Paan Mandi, Soldier Bazaar, Baloch Colony, North Nazimabad and the area of Haidery in Karachi.

Special prayers were sought for the country's security and stability after the Eid prayers. They greeted one another and then sacrificed their livestock (goats, sheep, cows and camels).

On this occasion Police and Rangers were deployed outsides mosques to avoid any untoward incident.

Eid al-Adha prayers offered in Saudi Arabia, big congregations of Eid prayer were held in Mecca and Medina, in which millions of people participated.

After prayer the Muslims turned to slaughter houses to sacrifice their livestock namely goats, sheep, cows, camels to follow the Sunnah of Prophet Ibrahim (AS).

On the other hands Eid al-Adha is also being celebrated in Afghanistan, Syria, Lebanon, Russia, America, Canada, Britain, Germany, France and Belgium.

Eid al-Adha will be celebrated tomorrow in rest of the world including Pakistan.