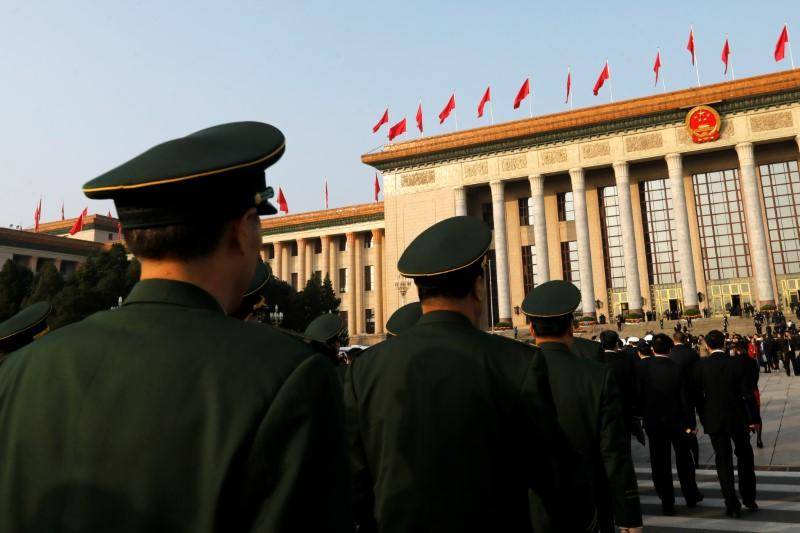 Beijing (Reuters): The United States has created “sensational hype” over China’s military modernization, the defense ministry has said in reaction to a White House report branding China a competitor seeking to challenge US power.

US President Donald Trump’s administration on Monday laid out a national security strategy based on Trump’s “America First” vision, singling out of China and Russia as “revisionist powers” seeking not only to challenge US power but to erode its security and prosperity.

China’s foreign ministry said on Tuesday cooperation between China and the United States was the only correct choice.

The spokesman for its defense ministry, Ren Guoqiang, said in a statement posted on the ministry website late on Wednesday that the US strategy had “without regard for the facts, created sensational hype over the modernization of China’s defenses”.

Ren also said the strategy had “called into question the intentions of China’s military development plan” and that it ran counter to peace worldwide and the development of China’s relations with the United States.

China’s contribution to world peace was plain for all to see, he said.

“Attempts by any country or any document to distort the facts or cast aspersions will be in vain,” Ren said.

China’s armed forces, the world’s largest, are in the midst of an ambitious modernization program, which includes investment in technology and new equipment such as stealth fighters and aircraft carriers, as well as cuts to troop numbers.

The tough US national security strategy comes after Trump has sought to build strong relations with Chinese President Xi Jinping.

Trump has called upon Xi to ensure China does more to help the United States rein in North Korea’s nuclear and missile programs.

The US administration cited China’s growing military might and its efforts to build military bases on manmade islands in the contested South China Sea as evidence of Chinese attempts to alter the status quo.

China says its expansion of islets in the South China Sea is for peaceful purposes only and that, as it has irrefutable sovereignty there, no other country has the right to question its actions.