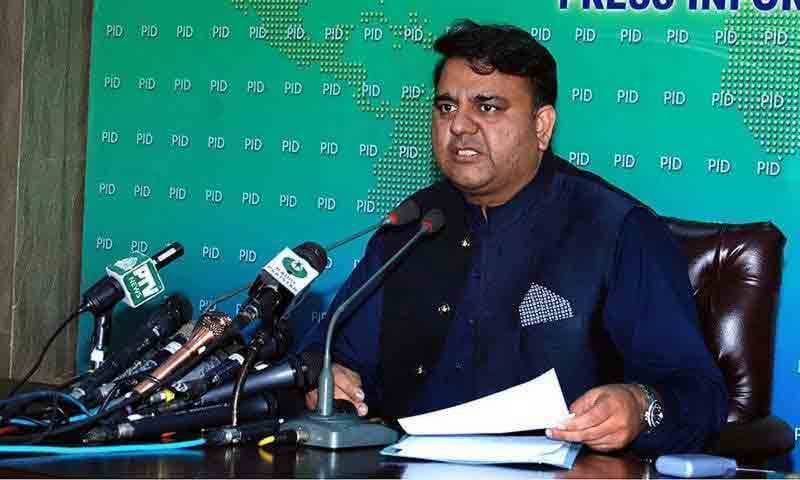 Islamabad (Web Desk): Federal Minister for Information and Broadcasting Fawad Chaudhry on Monday said that corruption and money-laundering were among the ‘most important’ issues confronted by countries like Pakistan.

In a tweet, the minister said that Prime Minister Imran Khan had been raising his voice consistently on the issues asking the rich countries to stop this exploitation of the poor countries.

“Panama, Pandora and now the story of Swiss accounts,,,,First, steal the (public) money and then move it abroad,” Fawad said.

Referring to an unnatural alliance between the opposition parties, he said all the money launderers were getting united against the democratically elected government.

The information minister made these remarks while reacting to the Swiss accounts leaks.

It is pertinent to mention that a Swiss bank leak has revealed the hidden wealth of its clients, including hundreds of Pakistanis, ranging from business people to politically exposed individuals and those who have been investigated, and in some cases convicted, in connection with various criminal actions.

The data reveals that 1,400 Pakistani citizens are linked to approximately 600 Credit Suisse accounts. It also included information about accounts that were closed but were still operational in the past.

The newspaper shared the data with a nonprofit journalism group, the Organized Crime and Corruption Reporting Project (OCCRP), and 46 other news organizations around the world.

The data covers accounts that were open from the 1940s until well into the 2010s but not the bank’s current operations.