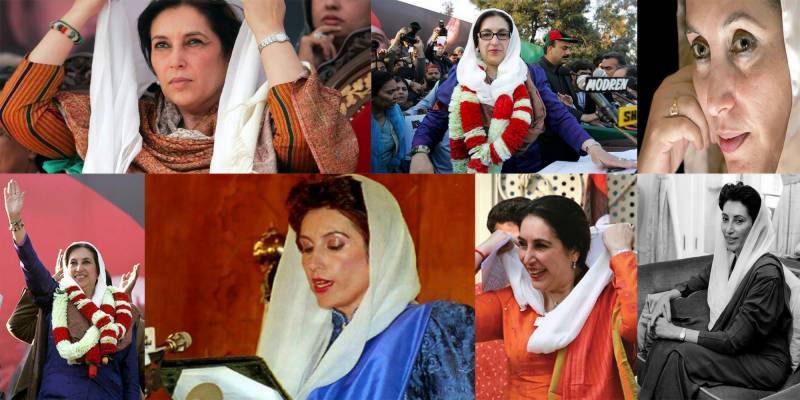 Benazir Bhutto was the 11th Prime Minister of Pakistan and the leader of the centre-left Pakistan Peoples Party. She was the first woman in the world to head a Muslim majority nation.

On December 27, 2007, Benazir was assassinated during her ill-fated rally at Liaquat Bagh prior to the holding of elections in the country.

Have a look at the glimpses from Benazir Bhutto’s life: Along with her sister-in-law Faryal Talpur in Saudi Arabia During inter view with Pakistan's famous journalist Saeed Asi and others