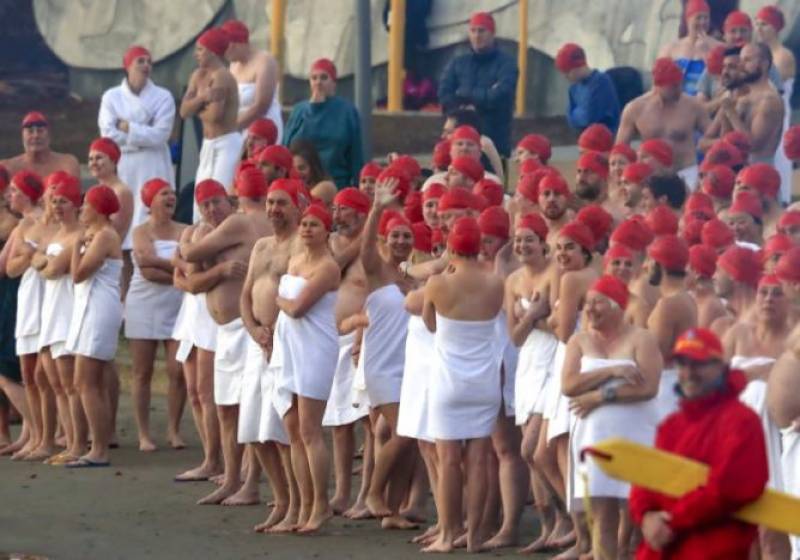 Canberra (Reuters): So many people plunged into a frigid river for an annual nude swim on the Australian island of Tasmania on Wednesday that there weren't enough towels to go round.

A total of 1,020 swimmers braved 11 degree Celsius temperatures to take part in the Dark Mofo festival swim, far beyond the number than the organizers had expected, according to the festival's executive director, Kate Gould.

"It's been fantastic, it's exceeded expectations", she said. "We'd thought we'd get a drop off because it's Wednesday and it's cold, it's very cold this morning...but we were thrilled with the response."

Swimmers ran into the Derwent River as members of the Holy Tantra Esoteric Buddhist community played drums and cymbals as the sun rose after the year's longest night, and warmed themselves by fires lit in bins afterwards. "This is the best way to start the year", said one participant.

This is the fifth year the swim has been organized. It takes place on the winter solstice, which marks the shortest day of the year in the southern hemisphere.

Dark Mofo is a winter festival of music and art, featuring exhibitions, light and sound installations and live performances around Tasmania.