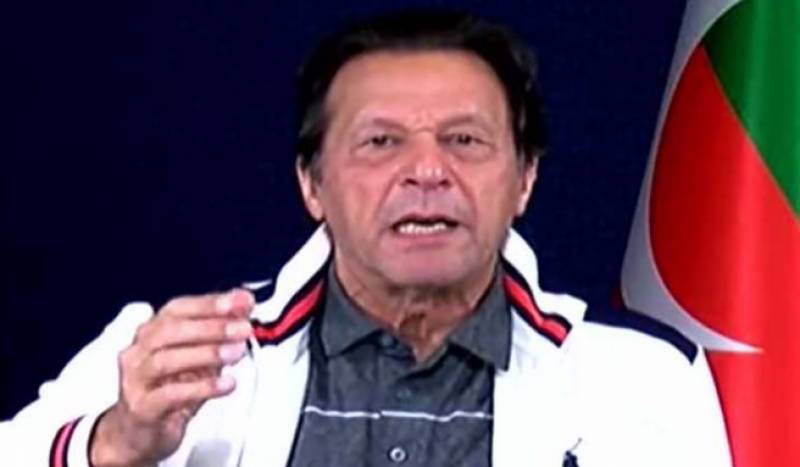 Addressing a press conference in Islamabad, the PTI chief said that the incumbent rulers should be put in jails for shamelessly passing the amendments in the NAB law.

"This new law is disrespect to the nation and the country", the former premier said, adding that it has clipped the powers of the anti-corruption watchdog as NAB will not be able to deal with money laundering cases.

He said that money laundering cases will be dealt by the Federal Investigation Agency (FIA) which worked under Interior Minister Rana Sanaullah, he added.

Imran Khan said that the move exposed the real intention of the incumbent government that they came into power to close down their corruption cases.

"History will never forget those all internal and external elements who “installed” the incumbent regime in power," the PTI chief said, adding that soon he will give a call for another protest against the incumbent government.

It is pertinent to mention that the coalition government passed the National Accountability (Amendment) Bill, 2022, in the National Assembly and the Senate last month, but President Arif Alvi returned the bill unsigned.

Later, on June 9, the government passed the law in the joint sitting of the Parliament.

On June 20, President Arif Alvi, a day earlier, rejected the bill amending the NAB Ordinance due to the “flaws in its implementation.”

As a result, the bills will automatically become laws within 10 days.